Talented poet and one of the inspiring voices and active participants in the movement of the Shestydesyatnyky [Sixties activists], author and circulator of samizdat, former political prisoner

Kalynets , the son of an agronomist, was on both parents’ sides from families of the village elite. He grew up in a family of devout believers where Ukrainian national traditions were observed. In his childhood he witnessed the mass repressions carried out by the communist regime in Western Ukraine, and from his school days he read banned Ukrainian writers. The general outlook that all this gave him was quite incompatible with official ideology, and the stressful dual identity required of him, with one face for his family and close friends, and another for school, university and so forth, was to be grappled with in his poetic work.

After graduating from the Language and Literature Faculty of Lviv University in 1961, Kalynets worked in the regional archives right up to his arrest in 1972.

In 1962, during a visit to Lviv by I. DRACH and I. DZIUBA, whose books were already known to Kalynets, the three met at a poetry evening at Lviv University and established an enduring friendship. Kalynets played an active role in the “Klub tvorchoyi molodi” [“Club for Creative Young People” (CCY)]. “Prolisok” [“Snowdrop”] formed in Lviv in 1963, as with the CCY in Kyiv formally under the wing of the regional committee of the Komsomol. His circle gradually widened, and trips to Kyiv led to him meeting I. SVITLYCHNY, Y. SVERSTYUK, A. HORSKA and others. I. SVITLYCHNY was to record on tape Kalynets’ readings of his own poetry.

His first collection of poems “Ekskursiya” [“Excursion”], dedicated to the history, art and architecture of Lviv, which was about to be printed by the publishing house “Molod” [“Youth”] and had already received excellent reviews from well-known critics, never came to be published, and the very typeset was destroyed.  Nonetheless some of his poems were published in the journals “Zmina” [“Next Generation”], “Zhovten” [“October”] and “Dnipro” [“The Dnieper”] and in newspapers. In 1965 his poems translated into Czech were published in the anthology Moloda radyanska poeziya: Ukrainski poety [Young Soviet poetry: Ukrainian poets).
Kalynets knew virtually all the people from Lviv arrested in 1965 which placed him also under scrutiny. He was summoned almost every day to questioning sessions relating to the circulation of samizdat material.  L. KOSTENKO, I. DRACH, I. CHORNOVIL and others came to Lviv to attend the trials, and a group of “dissident” friends emerged. From 1965, Kalynets, and his wife Irina STASIV-KALYNETS, were under the surveillance of the KGB. Over the space of a number of years, the KGB tried to recruit Kalynets until he was forced finally to write a letter to the head of the local department of the KGB complaining about the primitive behaviour of its officers. At the beginning of 1966 the first, and under Soviet rule, last collection of Kalynets’ poems “Vohon Kupala” [“Kupala’s Flame”] was published in Kyiv, probably through an oversight of the authorities. It is possible that it was this that saved him from arrest. The book was withdrawn from sale in Western Ukraine, and the author summoned to the regional committee of the Communist Party of the Soviet Union to explain certain “suspicious” places.

The refusal to admit him into the Union of Writers and the withdrawal of the next selection of poems “Vidchynennya vertepu” [“Opening the den”] from the schedule of the publishing house made it clear that Kalynets would not see his poems published in his own country. The poet increased his efforts in circulating his works in samizdat, and home-made books were passed around. In addition Kalynets often read his poems aloud at unofficial gatherings taking place in private homes, at each of which there would be from ten to twenty people or more. There were a lot of such meetings. The collection of poems “Vidchynennya vertepu” was soon published in Belgium, while one of the next collections “Pidsumovuyuchu movchannya” [“Summing up silence”], dedicated to V. MOROZ, officially a pariah, was published in Munich in 1971. Excepts from this collection were published in “Ukrainsky visnyk” [“Ukrainian Herald”], issue No. 4 in January 1971.

Kalynets and his wife began to receive guests from the West. They took part in civic and human rights protest actions, signed appeals and protests against the arbitrary rule of the authorities, in particular over the case involving V. MOROZ, and made unofficial (and prohibited) speeches at public events. The KGB became increasingly more active at wiretapping, following them and in carrying out searches.

In January 1972, during the second wave of arrests in Ukraine, Irina STASIV-KALYNETS was arrested. After her arrest, Kalynets began to behave in an even more defiant manner, demonstrating to the authorities that he was ready to defend to the end the rights of those illegally arrested, and in particular, those of his own wife. On 11 August 1972 Kalynets was arrested. The KGB attempted to persuade him to work for them or to make a public recantation, offering in exchange to release his wife and to leave him in peace (“then your little daughter, Zvenislava, would have her parents at home, and not in different labour camps”). At the trial Kalynets was charged with having had his books published abroad, with his dedicating his collection of poems to V. MOROZ and with having contact with unreliable people and with foreigners. The court also made use of a literary expert opinion carried out on five collections of Kalynets’ verse at the commissioning of the KGB by a number of Soviet “men of letters”. On 15 November 1972 he was sentenced by the Lviv Regional Court to 6 years labour camp and 3 years exile under Articles 62 Part 1 (“Anti-Soviet agitation and propaganda”) and 179 (“refusal to give evidence”) – the latter referring to Kalynets’ refusal to testify against his wife.

He served his sentence in the Perm political labour camps, first in camp No. 35 at Vsechsvyatskaya, Perm region, where he worked as a lathe operator, but was then moved to No. 36 in the village of Kutchino, Perm Region, where he “stuffed tubes for irons with some kind of dangerous sand”. He played an active role in the labour camp resistance movement: in drawing up and signing appeals and letters, taking part in hunger strikes, and creating chronicle accounts for camps No. 35 and 36.  He signed the letter congratulating Andrei Sakharov on being awarded the Nobel Peace Prize which was sent by the political prisoners dated 11 October 1975.  In February 1978 he wrote a letter to the Presidium of the Verkhovna Rada of the Ukrainian SSR in support of L. LUKYANENKO, and in July of the same year wrote another letter to the Presidium protesting against the holding of Ukrainian prisoners in the camps of “other, albeit brother, States”. When his mother arrived for a visit with his little daughter, and was not allowed to see her son, Kalynets declared an indefinite hunger strike in which he was supported by other prisoners.

Meanwhile Kalynet’s books were published in New York in 1972 and in 1975, Kalynets, while in the labour camp, was made a member of the International PEN-club. In 1977 he was awarded the Ivan Franko Prize (Chicago-based). He spent his period of exile, beginning from August 1978, together with his wife in the Chytynsk region, working as a stoker on a collective farm.

Poems written prior to his arrest were to be published in a volume which came out in Warsaw in 1991 under the title “Probudzhena muza” [“Awakened muse”]. The poems which he wrote in the labour camps and in exile came out in the same year in Canada in a volume entitled “Nevovlnycha muza” [“Muse in captivity”].  During his captivity Kalynets wrote no fewer poems than in all the years preceding his arrest. He was later to say that in the camp he and his comrades “were free, spiritually free. We had thrown off the mask which we wore in the outside world, in society, before our arrest”.

He returned in 1981 to Lviv which had become submerged in the oppressive atmosphere of the beginning of the 1980s. “Of course it was freedom, normal life, - he recalled, - but there was no longer the sense of being uplifted, the tension of the struggle that there had been up to 1972, and in the camp .. That is, I had to sit quiet if I didn’t want to end up ‘sitting’ inside again.  And I certainly didn’t want to end up in the camps again.. After 1981, I went silent as a poet.”

In Lviv he was able to find a job only through the ‘help’ of the KGB.  He worked as a librarian first in one of the Lviv district libraries, then from 1983 to 1990 in the scientific library of the Academy of Sciences of Ukraine.
From 1987 he began to play a leading role in the revival of free cultural and civic life in Lviv. He and his wife organized mass events in memory of the major poet, banned under the Soviet regime, I. Bohdan-Antonych, as well as to remember the composer Barvytsky, a prisoner of Stalin’s camps.  He took part in publishing the unofficial cultural journal “Yevshan-zillya” («Yevshan grass»)[1], and in creating the Taras Shevchenko Society of the Ukrainian Language. He was also involved in organizing memorial services for the victims tortured in the Lviv Prison by the NKVD in June 1941. In 1988 the authorities were still hoping through a process of intimidation and repression to stem the process of democratization. Kalynets and his wife were on many occasions detained by law enforcement officers and subjected to administrative penalties.

In 1990 Kalynets was elected Deputy of the Lviv Regional Council.

In 1991 a collection of his poems under the title “Trynatsat alogiy” [“Thirteen illogical absurdities”] was published in Kyiv, on the basis of which Kalynets was awarded the Taras Shevchenko State Prize.  At the same time he was made laureate of the Vasyl Stus Prize. Since that time several other collections of his poems have been published in Ukraine, and his works have been translated into virtually all European languages. In 1997 an almost complete collection of his verse was published in Kharkiv as part of the series “Ukrainian Literature of the twentieth century”, while in France a large volume of his poems translated into French also came out.

Since 1992 Kalynets has worked in the International Centre for Education, Science and Culture (Lviv) and has headed the Cultural Section. He presently writes stories for children.

[1]  Yevshan-zillya is a Steppe plant with red or purple flowers. It appears in a lot of 19th and 20th century literature and has become a symbol of Ukrainian identity and / or solidarity. (translator’s note) 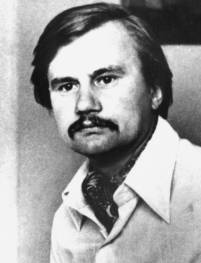