Poet, literary specialist and critic, translator; Spiritual leader and ideological mouthpiece of the national democratic movement of the 1960s and 1970s and active in distributing samizdat; a former political prisoner

Ivan Svitlychny was born into a family of collective farm workers. During the Holodomor [Famine] of 1932 – 1933, his mother worked in Donbas to save the family from starvation

Svitlychny started school in 1937 in his native village. During the Nazi occupation, in October 1943, he and some other teenagers tried to blow up German equipment, but something went wrong and he was left with no fingers and with splinters in his legs.

In 1947 he finished school in the town of Starobilsk with a gold medal and entered the Faculty of Ukrainian Language and Literature of Kharkiv University.  He graduated with distinction and began doing academic research. He was not, however, kept on in the faculty due to his independent views.

In 1952 he began PhD studies in the Department of Literary theory in the Shevchenko Institute of Literature of the Academy of Sciences of Ukraine, his academic supervisor being the literary specialist, Oleksandr Biletsky.  He worked for some time as head of the department of literary criticism of the journal “Dnipro” [“Dniepr”] then from 1957 to 1963 was junior research assistant of the Institute of Literature, but was forced to leave due to conflict with the academician I. Bilodid. For about a year he held the same position in the Institute of Philosophy of the Academy of Sciences, but had to leave there also. In 1964 he worked for a while as editor for the Ukrainian Association for the Protection of Nature.  From 1965 he was unable to find any work and could only publish works, if at all, under other people’s names or pseudonyms.

Together with Ivan DZIUBA and Yevhen SVERSTYUK, Svitlychny was one of the most prominent young non-conformist critics. From 1962 – 1963 he was one of the founders and active members of the ‘Klub tvorchoyi molodi’ [‘Club for Creative Young People’ (CCY)] in Kyiv. He taped the voices of young poets of the 1960s thanks to which many of their poems, including those of Vasyl SYMONENKO were not lost. Svitlychny acted as SYMONENKO’s first critic and advisor, and made it possible for many of his poems, which could not be published in print, to become known (he circulated the taped recordings, then after the poet’s death prepared a collection of his poems for samizdat). In December 1963 he spoke at a semi-illegal evening in memory of the poet.

Svitlychny was one of the first to establish creative and personal links with the Ukrainian Diaspora and with dissidents in Russia. Back in the 1950s he had been friendly with Yuli DANIEL who translated Ukrainian poets, including Svitlychny, then later his friends also included Lev Kopelev and Larissa Bogoraz.  He was active in translating and circulating samizdat material. He was also one of the authors of the well-known article (circulated in samizdat) “On the trial of Pogruzhalsky"[1]

Svitlychny also established contact with people from Lviv: the brothers Mykhailo and Bohdan HORYN, Ivan HEL, Mykhailo OSADCHY and others. It was specifically he who was to persuade them of the advantage of the “struggle using the power of the word”. Svitlychny was the undisputed moral authority in the Ukrainian dissident movement.  As a dissident, a publicist and as a poet, he also contributed a great deal towards the cultural integration of Western and Eastern Ukraine, and of Ukraine and the World. . His poetry goes beyond the framework of the creative output of the Shestydesyatnyky (the Sixties activists), beyond the confines of “national literature”. Svitlychny was a highly accomplished translator, translating from other Slavonic languages and from French. His translations from Pierre Jean de Béranger are considered a masterpiece of translation.

After V. SYMONENKO’s death, his relatives had passed all of the poet’s archive to Svitlychny who, together with his sister, Nadiya SVITLYCHNA, typed them out and distributed them through samizdat as “Okraitsy dumok. Shchodennyk” [“Fragments of thought. The Diary of Vasyl Symonenko”].  The diary contained hard-hitting political notes, and the KGB began to put pressure on both Svitlychny and SYMONENKO’s relatives. In May 1965 Alla HORSKA and Mykhailyna KOTSYUBYNSKA took the diary to Cherkasy and returned it to the poet’s family.

On 30 August 1965 Svitlychny was arrested and charged with “anti-Soviet agitation and propaganda”. He was, however, released on 30 April 1966 as “socially harmless”.  Svitlychny’s stature and popularity were so great, and the protests against his arrests had been so numerous, that the authorities then chose not to imprison him. Lina KOSTENKO had collected signatures for an appeal in his defence which was signed by such prominent Ukrainian figures as the academician N. Amosov and the aeroplane designer Oleg Antonov. At an international congress of writers held in New York in 1966 a resolution had been passed condemning the violent offensive against Ukrainian writers (cf. the journal “Suchasnist”, 1975, no. 5).

From 1966 -1971 Svitlychny was unable to find any work and could not publish his works anywhere. During that period he devoted himself to activity connected with samizdat, and edited and issued many uncensored articles.  In October 1966 he wrote an accompanying note to the collection of material from the court case involving the Ukrainian Workers’ and Peasants’ Union (UWPU) entitled “Ukrainian lawyers tried by the KGB”[2], and sent them on 10 December to the First Secretary of the Central Committee of the Communist Party of Ukraine - P. Shelest, the Prosecutor General of the USSR – Rudenko, the Leader of the Supreme Soviet of the UkrSSR – Korotchenko, and to the State Deputy and writer O. Honchar. In response Svitlychny was summoned to the KGB and threatened with arrest. In 1968 he signed the “letter of 139” in protest at the court persecution of members of the intelligentsia in Moscow and in Ukraine. On 5 June 1968 he wrote a letter to Shelest protesting against the trial of Viacheslav CHORNOVIL, and in June 1970 he signed a letter to O. Honchar in protest at the arrest of Valentyn MOROZ.

On 13 January 1972 Svitlychny was arrested for the second time, and on 27 April he was sentenced by the Kyiv Regional Court under Article 62 §1 of the Criminal Code of the UkrSSR  (“anti-Soviet agitation and propaganda”) to 7 years harsh regime labour camp and 5 years exile.

He served his sentence in the Perm political labour camps, where he was one of the leaders of the camp resistance. He took part in all collective protest actions, went on hunger strike and also played a leading role in keeping a camp chronicle and arranging that it be smuggled to the outside world.  He was punished for this by having his disability status withdrawn, and by being held in punishment isolation cells or other cell-type punishment units.

On 7 April 1978, Svitlychny, who was seriously ill, was taken by convoy to his place of exile in the village of Ust-Kan in the Gorno-Altayskaya Autonomous Region.  During his years of exile he worked as a night guard and binding books in a library. On 20 August 1981 he suffered a stroke, after which he was assigned first group disability status (for most serious disability). His wife, Leonida SVITLYCHNA lived with him in exile and cared for him.

He was released on 23 January 1983. He returned in a gravely ill condition and there was no possibility of continuing his former civic activity. For the last three years of his life he could not move or speak.

Ivan Svitlychny died on 25 October 1992. He is buried in Kyiv at the Baikove Cemetery.

In 1989 Svitlychny was laureate of the Vasyl Stus Prize, and in 1994 he was posthumously awarded the Taras Shevchenko Prize.

His wife and sister prepared and in 1998 published the book: “Dobrooky. Spohady pro Ivana Svitlychnoho” [“The man with kind eyes. Memories of Ivan Svitlychny”].  Very different people contributed their memories, all united by love and profound respect for Ivan Svitlychny.

[1]  A fire deliberately lit in the Kyiv Central Scientific Library in May 1964 had destroyed priceless archival material. The article questioned the official version, suggesting that the act of arson was part of a policy to destroy Ukrainian heritage. It would seem that Pogruzhalsky, the man convicted of the crime,  was in fact employed by the KGB.  (translator’s note)

[2]  At least two of the founding members of the UWPU – L. LUKYANENKO and I. KANDYBA were lawyers. They received ferociously long sentences in the trial in 1961. (translator’s note) 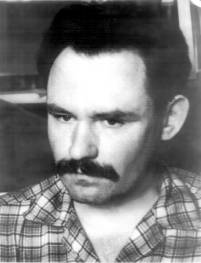