Surveyor, member of the movement of the Sixtiers. 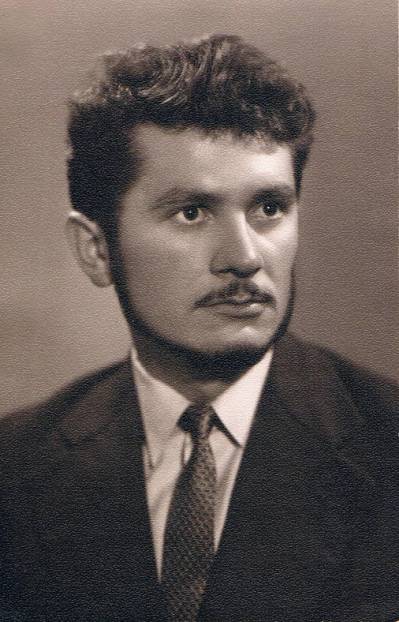 He was born into a peasant family. His mother, Xenia Babak (1902-1994), came from a family of active insurgents. His father, Ivan Rusyn (1886-1962), graduated from the gymnasium, and therefore tried to educate his children.

In 1954-59, Ivan studied engineering geodesy at the Lviv Polytechnic Institute. He was placed on the job as an engineer surveyor at the R&D Center "Kyyivoblproekt". He went to graduate school at the Kyiv Institute of Civil Engineering.

The Khrushchev’s Thaw awakened national-minded humanitarian and technical intelligentsia. The conscious intelligentsia tried permitted methods -- official media, newspapers, radio – to awaken national life. It was the opposition to the regime.

Since 1963, R. started attending rehearsals of amateur chorus Zhaivoronok at the House of Scientists (under Borys Riabokliach and Vadym SMOHYTEL), then the chorus Homin under Leopold Yashchenko. This environment restored national traditions and distributed samvydav literature. In particular, R. distributed photocopies of books Executed Renaissance compiled by Yuriy Lavrynenko, Modern Literature in the UkrSSR by Ivan Koshelivets made by translator Dmytro Palamarchuk. He attended literary soirees, participated in honoring Taras Shevchenko near his monument in Kyiv on May 22, brought his friends with him there. In 1965, the KGB openly broke up gatherings and detained activists.

On 28.08.1965, the five-hour search was conducted in the apartment of the Rusyns. The officers confiscated the books by Hrushevkyi, History of the Rus, Rusova’s memoirs, poems and Diary of V.SYMONENKO, poems by I.DRACH, M.Vinhranovskyi, typewriter, carbon paper, on which later examination found traits of above poems, article “Regarding the trial of Pohruzhalskyi”, and action against Minister of Education Dadenkov brought in by S.KARAVANSKYI.

The investigation was conducted by Leonid Pavlovych Berestovskyi and later by Kolpak Borys Antonovych. R. did his best not to give evidence, but he had to admit some facts not considering them criminal.

His partners in crime included geophysicist Olexandr Martynenko and chemical process engineer, university lecturer Yivha Fedorivna KUZNETSOVA, whom he did not even know. On 25.03.1966, all of them were brought to Kyiv Oblast Court. They were glad to be greeted with bouquets of carnations brought by Lina KOSTENKO, Alla HORSKA, Nadiya SVITLYCHNA, and Ivan DZIUBA. The secret court session lasted for a week. R. was sentenced to one year of imprisonment in high security camps on charges of anti-Soviet agitation and propaganda (part 1 of art. 62 of the Criminal Code of the UkrSSR). He was charged with keeping, publishing and distributing anti-Soviet literature, which also included M. Hrushevkyi’s books, memoirs of Rusova, "History of the Rus’ and oral anti-Soviet agitation such as quoting Taras Shevchenko. Yi.KUZNYETSOVA got four years and O.Martynenko three years.

In May 1966, R. was transported under guard to the camp no. 11 (Yavas Station) in Mordovia, where he spent more than three months under rather liberal security. This excursion to the multinational environment of political prisoners, many of whom served 25-year terms, came in handy. Here R. met M. SOROKA S.KARAVANSKYI, V.PIDHORODETSKYI, M.OSADCHYI, P.ZALYVAKHA, brothers M. and B. Horyn, Yuliy Daniel, Lithuanian poet Knuts Skuyeniks. R. was sincerely sorry that the term ended so quickly. He was released on Saturday, 27.08.1966.

Running an errand R. met Larisa Bogoraz in Moscow. He delivered the letters of political prisoners to I.DRACH (reproaching him for his part in the UkrSSR delegation to the UN session) and L. KOSTENKO, and I. DZIUBA expressing their support for them.

R. occupied engineering positions at the old place, though he was denied access to secrets. In 1971, his son Ivan was born. R. was cautious, but he continued his relationship with I. SVITLYCHNYI, L.PLIUSHCH, and A. HORSKA. He was present at her funeral at the Berkivtsi Cemetery on 11.07.1970.

On 12.01.1972, in the evening, R. went to see Yevhen SVERSTIUK who stayed in bed running high temperature. They had just finished the search in his apartment. On 14.01 R. happened to become an incidental witness of his arrest; in this connection he was brutally apprehended and detained for a day. The lengthy interrogations produced no sufficient material for his arrest.

With the beginning of the campaign against the Ukrainian Helsinki Group, in the fall 1977, R. was imprisoned for seven years. On trumped-up charges of "misappropriation of state property through abuse of office" (art. 84 of the Criminal Code of the UkrSSR) (he allegedly overstated the number of days spent in business travels and these doctored numbers did damage to the tune of 1,002 rubles. He served his sentence in a high security zone IN-316/93 in Novodanylivka Village, Kazankivskyi Region, Mykolayiv Oblast: hard work in the granite quarries and processing of granite slabs with flamethrowers. In this zone they kept ​​criminals with long terms, convicted of serious crimes. But even the KGB men kept harassing R. pressing for public condemnation of "Ukrainian bourgeois nationalists". There were also other convicts under the care of KG: believers of different confessions, political prisoners sentenced under trumped-up criminal cases. From 1982 there was M.HORBAL sentence under such accusations.

Having been discharged in 1983, R. worked as a carpenter and concrete worker, second grade, then as an installer of steel reinforced concrete structures. In 1997, he retired.

R. is a member of the All-Ukrainian Association of Political Prisoners and Repressed, active participant of pre-party People’s Movement of Ukraine. He lives in Kyiv. His daughter Oksana was born in 1964; she is a biophysicist and has defended her thesis. His son Ivan, b. 1971, is a doctor and researcher. 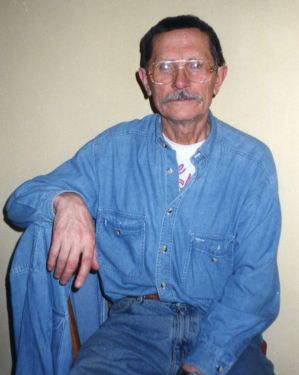 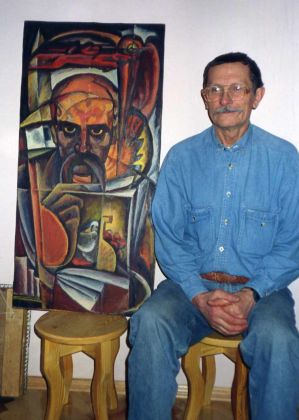