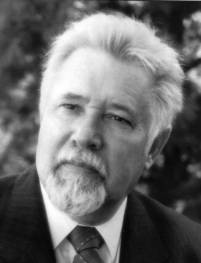 Vins’ father, a Baptist preacher, died in a labour camp in 1943. His mother was exiled to Siberia, and between 1964-1967 was herself in the camps. She was active in the Council for relatives of prisoners of the organization of Evangelical Baptist Christians (EBC).

Vins graduated from the Kyiv Polytechnic Institute as an engineering economist. He was one of the few from families of Baptist preachers to receive a higher education since access for religious believers to higher education was limited.  Vins himself began his activities as a religious preacher at the age of 18.  As early as 1945 he joined the World Council of Churches.

He married and had five children – one of his sons being Petro VINS.

At the beginning of the 1960s there was a rift among Baptists. Part of the community wanted greater autonomy than was envisaged by the legislation on “religious cults” of 1929, in particular, they wanted more freedom in religious education of their children, preaching the Word, charitable activities, etc. The movement was led by an Initiative Group, and later by an Organizational Committee called by the All-Russian Congress of the EBC. It was this Committee that Vins was elected to in 1963.

As Secretary of the Organizational Committee, in summer 1964 Vins took part in important talks on issues relating to “religious cults” in the Council of Ministers of the USSR.

In the same year Vins left his job in the scientific research institute where he’d worked and became a travelling preacher. From 1963-1965 on the instructions of the Organizational Committee he wrote numerous complaints and letters to government institutions and to believers, including demands for a meeting with Khrushchev. Having been driven away from the “official” Baptists in Kyiv, he united supporters in Kyiv of the initiative group around him. The Kyiv community was soon to become the largest and most active in Ukraine. It was from that time that the regime’s persecution became serious. At first the measures were of an administrative nature – there were numerous occasions when he was detained, short periods of arrest, searches and fines. A criminal case was first launched against Vins in 1965, however it was suspended shortly afterwards due to the changed religious policy following the removal of Khrushchev.  On 19 September 1965 Vins took part in a meeting of the Organizational Committee at which he was elected Secretary of the Council of Churches.  He signed a letter to Kosygin informing the latter about the creation of the Council of Churches of the EBC.

On 19 May 1966 Vins was arrested in Moscow, and from 21-30 November of that year, he and the Head of the Council of Churches of the EBC, G. Kryuchkov were sentenced under Article 142 § 2 of the Criminal Code of the RSFSR (“violation of the laws on the separation of Church and State”) by the Moscow City Court  to three years general regime labour camp. Vins denied any guilt. He was charged with having organized a demonstration on 16-17 May and distributed religious literature, as well as with having urged Baptist parents to introduce their children to religion.

In September 1967 the camp administration tried to get Vins to become an informer for them, threatening him with a new sentence if he did not comply. He refused. From 20 to 30 September he held a hunger strike as protest against the threats. A letter in his defence “An Open letter of the Kyiv Community of the EBC” signed by 176 members of the community was sent on behalf of the 400 Kyiv Evangelican Baptist Christians. This letter was one of a series of similar letters written in defence of Vins.

On 19 May 1969 Vins was released and returned to Kyiv. The Tula meeting of those communities which had broken away, organized by Vins, drew up conditions for regulating relations with the State (including registration of the communities), and also re-elected Vins Secretary of the Council of Churches of the EBC.  The authorities did not recognize the Tula Meeting as legal, and repressions continued. On the pretext of serving the marriage ceremony of two members of the Kyiv Association of the Council of Churches, Vins called a meeting which was attended by more than 500 people. He organized a publishing house “Christian”, a Council of Relatives of Prisoners of Conscience from among the members of the Church, and a bulletin of the Council. He took part in publishing the journals “Bratsky lystok” [“Brotherly newsletter”], “Visnyk spasinnya” [“Herald of Salvation”], “Yunist” [“Youth”], as well as in drawing up the Charter of the Council of Churches of the EBC and a textbook on biblical themes entitled “Pisnya pastukha” [“Song of the Shepherd”]. He also published articles about the death as a martyr in the army of the Baptist, I. V. Moiseyev, “Virnist” [“Faith”] and “Velyki pryntsypi Biblii” [“The Great principles of the Bible”].

On 24 January 1970 he received a one year suspended sentence as “a social parasite, with the deduction of 10% from his salary and an imposed job at one of the Kyiv factories.

On that same day in Borove, in Kyiv region, and then later, on 10 June of that year in the Pushcha-Vodytsa  Forest near Kyiv he organized rallies at which he gave sermons.

On 28 August 1970 he protested to the Kyiv Prosecutor’s office in connection to a case launched against him and stated that he was leaving his home, his work and going underground.  On 29 November he was convicted in his absence of “parasitism”.

On 31 March 1974 Vins was arrested in the Urals and charged under the following Articles of the Criminal Code of the UkrSSR: 138 § 2 (“violation of the laws on the separation of Church and State”), 187-1 (“Dissemination of patently false statements defaming the Soviet political and social system”), 209 § 1 (“encroachment on an individual by carrying out religious rites”).  The investigation process was carried out in Kyiv. Vins rejected the services of the atheist lawyer offered and asked for the Norwegian lawyer, Gerem, to be invited as his defence counsel.  He also issued 17 appeals, among them a formal request for information to the Council on Religious Affairs under the Council of Ministers of the USSR regarding the true reason for the liquidation of the Union of Baptists in 1935, with the answer to be read out in court, as well as about the number of believers who had been tried and convicted for their beliefs, and the number who had died in captivity from 1929 to January 1975.  The court rejected all his appeals.  Vins declared a procedural objection to the entire makeup of the court and refused to take part in the trial. Before the beginning of the proceedings, he held a hunger strike for 12 days.  He denied having committed any crime. The Prosecutor began his address by saying that the Constitution of the USSR guaranteed freedom of conscience and that Lenin had called only for an ideological struggle against believers. At the same time, he demanded a labour camp sentence which the court granted.

On 31 January 1975 Vins was sentenced by the Kyiv Regional Court to 5 years labour camp and 5 years exile with confiscation of his possessions.

A group of French lawyers which had come to Kyiv, tried in vain to meet with the top people in the Ministry of Internal Affairs (MIA) in order to talk about the cases involving Vins, A. Sakharov, G. Podyapolsky, S. Kovalyov and T. Velikanova and sent an open letter in support of Vins to the World Council of Churches and Amnesty International.

Vins was one of the most famous prisoners of conscience in the USSR, with the campaign in his defence continuing throughout the entire period of his camp sentence, with the active participation of international religious and human rights organizations.

He served his sentence in Tabaga, No. YD 40/7 in Yakutia. The camp administration kept Vins’ Bible under lock and key and did not let him read it, claiming as justification that prisoners could only read books published in the USSR and this was a foreign publication.

Vins’ wife in summer 1976 brought a Bible published in the USSR with her on her visit. The officer of the KGB in charge in Yakutia promised to pass it on to Vins, however in autumn the book was returned to Kyiv by post with a letter signed by the same officer: “Since this book runs counter to the spirit of Marxism-Leninism, it cannot be allowed into places of deprivation of liberty”.

In January 1977 Vins again approached the Prosecutor’s office asking that he be allowed to have a Bible with him.  The request was again turned down.

In 1976 a book of his memoirs was published in Germany under the title “Verniye do kontsa” [“True to the end”].

In October 1976 the House of Representatives of the US Congress adopted a resolution calling on the Soviet leadership to release Vins. On 21 January 1977 A. Sakharov addressed an appeal to US President Carter asking him to assist in obtaining the immediate release of political prisoners suffering from illnesses.  On 27 September that year A. Sakharov sent an appeal “To Parliamentarians of all countries who are signatories to the Helsinki Final Accords” and to the academicians V.N. Ponomaryov and A. P. Aleksandrov.  In the appendix to the appeals there are lists which include Vins’ name.  The Moscow Christian Committee for the Defence of the Rights of Believers in the USSR also addressed an appeal to the Pope on 1 October 1978.  Vins’ family sent a similar appeal to the President of the USA.

stenocardia and high blood pressure, which had become more frequent, as well as with kidney problems,  gum bleeding and boils as a result of malnutrition and lack of vitamins.

At the end of 1978 and beginning of 1979, Vins was taken to Moscow twice where he was held in Lefortovo Prison. At the end of March 1979, when his camp sentence had run out, he was taken by convoy from Yaktutia and told he was being transported to his place of exile in the Tyumen region.

On the night between 27 and 28 April 1979 Vins was exchanged, together with four other political prisoners (A. Ginsburg, V. MOROZ, E. Kuznetsov and M. Dymshyts), for four Soviet citizens, former employees of the UN, who had been accused of spying. Not one of the five had been informed of the imminent exchange, nor asked for his consent.  The action was formalized as deprivation of Soviet citizenship and expulsion from the country. The relevant decree was read out to each of them in Lefortovo Prison in Moscow.

In emigration, Vins has continued his work as a preacher. The Council of Churches of the EBC confirm that Vins remains the Secretary of the Council and at the same time their foreign representative.