He was born into a peasant family. In 1944 he completed 4 grades of the Stanislavsky Lyceum and entered the 9th grade of secondary school.

At the age of fifteen, on 7 December 1944, Striltsiv was arrested and charged with having links with the national liberation movement. He was sentenced on 2 February 1945 by the Military Tribunal of the NKVD forces of the Stanislavsk region under Article 54-11 of the Criminal Code of the Ukrainian SSR (“involvement in a counter-revolutionary organization”) to 10 years imprisonment.  While still a minor, he served his sentence in Ukraine, and then was transferred to the city of Dudinku in the Krasnoyarsk area, then in 1948 to Norilsk.  For taking part in the uprising of prisoners in Norilsk in 1953, he was held in a punishment labour camp from which he was released on 16 October 1954. However he was kept there in exile

On 20 November 1957 Striltsiv returned to his homeland. He managed, although with difficulty, to get registration in Zagvizdya. He worked in construction and in 1959 finished secondary school at evening classes, then in 1965 graduated as an external student from the Chernivtsi University having specialized in English Language and Literature.

In 1962, Striltsiv was rehabilitated. He worked as a teacher of English in Dolyna, Ivano-Frankivsk region. From 1972, after his brother, Pavlo was arrested and convicted under Article 187-1 (“Dissemination of patently false statements defaming the Soviet political and social system”) of the Criminal Code for reading and distributing samizdat,  Striltsiv was subjected to persecution.

In 1977 he was dismissed from his job for conflict with the administration.

On 25 October 1977, Striltsiv joined the Ukrainian Helsinki Group (UHG).  In December that year, together with other members of the group, he signed the Address from members of the UHG to the Belgrade Congress in connection with the arrest of L. LUKYANENKO, and also discrimination against Ukrainians with regard to their right to emigrate. In 1978, Striltsiv also signed the “Information bulletin” of UHG, No. 1.

On 9 January 1979 he was sentenced to 3 months compulsory labour under Article 126 of the Criminal Code for “denigrating the honour” of the head of the school, based on an incident from 1977.

In March 1979, a search was carried out of Striltsiv’s home in connection with the case involving O. BERDNYK. A Bible, poems and the text of his sentence from 1944 were removed.

In May 1979 he received a warning about liability for anti-Soviet activity in accordance with the Decree of the Presidium of the Supreme Soviet from 25.12.1972. He refused to sign it.

A new search was made on 5 July 1979 in connection with the arrest of members of the UHG Petro SICHKO and Vasyl SICHKO.

From 1978-79 Striltsiv took dissident material from Kyiv to Moscow to have it smuggled abroad and published in the journal “Vyzvolny shlyakh” [“Path of Liberation”].

In connection with the fact that Striltsiv had, back in 1977 sent his passport to the Presidium of the Supreme Soviet of the USSR, on 23 October 1979 he was arrested and charged with “violation of the rules of the passport regime” under Article 196 of the Criminal Code and on 12 November was sentenced by the Dolyna District Court to 2 years harsh regime labour camp. Neither the residents of Dolyna, where he had lived and worked as a teacher for many years, nor his only relative – his brother Pavlo – knew anything about the trial.  In the courtroom there were only two people “in civilian clothes”.  There was no defence lawyer. After the trial, in violation of the law, Striltsiv was not permitted a visit from his brother. On 2 January 1980 he was sent to the labour camp OP-317/16 in Poltava region.

A day before his scheduled release, on 22 October 1981, Striltsiv was arrested in the labour camp and charged with “anti-Soviet agitation and propaganda”. On the day of his arrest a search was carried out of the home of a physical education teacher, Semenyshyn in Vygoda, Ivano-Frankivsk region, and Striltsiv’s archive was removed.

On 28 April 1982 the Poltava Regional Court sentenced Striltsiv under Article 62 § 1 of the Criminal Code to 7 years harsh regime labour camp and 4 years exile. He served his sentence in the Mordovian political labour camp, No. ZhKh-385/3, Barashevo, Tengushevsk district.  He lodged dozens of letters of protest and appeals, and wrote the work “Education should serve nations” with an analysis of the policy of Russification.

He was released as a result of “perestroika” on 5 May 1987. He immediately confirmed his membership of UHG.  On 11 March 1988 he was among the 19 members of UHG who signed the “Address of UHG to the Ukrainian and world community” about its renewed activity.

Having returned to Ivano-Frankivsk, Striltsiv refused to accept Soviet citizenship until in January 1988 he was given work as a teacher in the village of Zhukotyn, Kolomyjsk district, where in 1990 he retired. 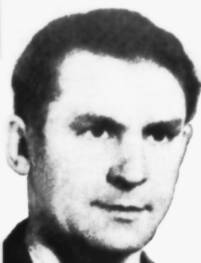 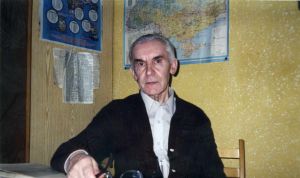