Sokulsky was born into a peasant family. From 1962-1964 he studied at the Language and Literature Faculty of Lviv University, then in third year transferred to Dnipropetrovsk University.  In 1965 he was expelled for “nationalism”.

He worked in a large newspaper “Energetyk”’ [“Power Engineering Specialist”] (but here too was “asked” to leave for political reasons), on Dnipropetrovsk factories, in the Lviv-Volyn coal mines, as a fire fighter and a sailor on the river fleet.

He was arrested on 14 June 1969 as one of the authors of the “Letter of creative young people of Dnipropetrovsk” in defence of O. Honchar’s novel “Sobor” [“Cathedral”] and against the Russification of the country. The letter was signed by several hundred people and sent to State executive bodies in Dnipropetrovsk and Kyiv.  Sokulsky was also charged with distributing samizdat, with writing the poems “Voly” [“Oxen”], “Nostalgiya”, “Svyatoslav” and others.

On 27 January 1970 Sokulsky was sentenced by the Dnipropetrovsk Regional Court under Article 62 § 1 of the Criminal Code (CC) of the Ukrainian SSR (“anti-Soviet agitation and propaganda”) to four and a half years in the labour camps. He served his sentence first in the Mordovian political labour camps, then from the end of 1971 in the Vladimir Prison, then in the psychiatric hospital of the Mordovian penal zone ZhKh-385/3, in the Perm political labour camps, No. VS-389/35 (Vsekhsvyatskaya, Chusovsoi district), VS-389/36 (Kutchino, Chusovoi district). He was freed on 14 December 1973.

From the end of 1973 Sokulsky lived in Dnipropetrovsk.  He was involved in human rights work and from October 1977 was a member of the Ukrainian Helsinki Group (UHG).  In Autumn 1979 he signed the UHG Memorandum stating that, in spite of persecution, the Group had survived and remained active.

In December Sokulsky managed to attend the trial of P. ROZUMNY. In the same year he wrote a statement “For the right to be Ukrainian” about the violation in the USSR of fundamental human rights. This document was published abroad in the journal “Vyzvolny shlyakh” [“Path of Liberation”] No. 12 for 1980, as well as in the publication of the Helsinki Commission of the US Congress.

In March 1980 Sokulsky received an official warning in accordance with the Decree of the Presidium of the Supreme Soviet of the USSR of 25.12.72, and within a month, on 11 April, he was arrested by the KGB on the same charges as H. PRYKHODKO.

The charges against Sokulsky claimed defamatory remarks, mainly in poems, including those for which he had already served a sentence in the case of 1969, for example the poems “Nostalgiya”, “Shevchenko Duma” [“Shevchenko’s thoughts”]. In particular, Sokulsky stated in “Shevchenko Duma”, written in 1968, that Ukraine and Ukrainians were in a position of slavery within the USSR, “in fetters”, and that they were being threatened with annihilation. In the poem “Nostalgiya” (1965), he talked of the oppression perpetrated by Russian against other republics of the USSR.  In all the poems the court found defamation of the Soviet political and social system, in particular, of the position of Ukraine within the USSR, talking about the lack of democratic liberties, the dire state of the Ukrainian language and culture.  In half the cases, Sokulsky’s arguments that in this or that poem there was no defamation in that the described events were in the past, were rejected by the court with no proof being given, since Sokulsky “constantly, in order to conceal the anti-Soviet content of the verse, resorts to allegory, figurative means, and in this way hides other concepts behind the specific images”.  In the majority of cases the court did not even try to prove distribution of the documents he was being charged with, mentioning that they had been kept at Sokulsky’s flat up to the day they were removed during the search.  Not one of the episodes proved the purpose of undermining the system, although the description of each began with the words – “with the aim of subverting and weakening the Soviet regime”.  Sokulsky rejected the services of the lawyers appointed by the court.  The latter refused to accept his rejection and Sokulsky in protest declared a hunger strike.  Four days later, the defence lawyer himself refused to take part in the case.

His relatives were not at the trial since they were informed only after it had ended. Not one of his friends was summoned to the court as a witness. At the trial, Sokulsky rejected the charges and refused to give evidence. When allowed to give his final words, he spoke for 6 hours.

He was convicted on the same charges as H. PRYKHODKO, and from 7-13 January 1981, the Dnipropetrovsk Regional Court sentenced him under Article 62 § 2 of the CC of the UkrSSR to 10 years deprivation of liberty (the first five in prison, the rest in a special regime labour camp), and to 5 years exile. He was declared a particularly dangerous repeat offender. He served his sentence in the Chistopolsk prison (Tatarstan).

Sokulsky was arrested for the third time by the Nizhnyokamsk Prosecutor’s office on 3 April 1985, 9 days before the end of the prison part of his sentence of imprisonment. On a trumped up charge he was sentenced by the Chistopolsk City Court under the same Article 62 § 2, as well as Article 206 § 2 of the CC of the RSFSR (“hooliganism”) to 3 years, to be added to the part not served of his sentence, meaning in all, another 8 years deprivation of liberty, followed by 5 years exile.

On 7 October 1985 he arrived at the unit of the special regime camp VS-389/36-1. He was frequently locked in the punishment isolation cell for refusing to work and other “infringements of the regime”. He was deprived of the right to correspondence and parcels since he wrote all the papers in Ukrainian. In April 1988 he was locked in the punishment isolation cell for 50 days for writing letters to the Prosecutor General of the USSR. In spring that year he declared that he was asserting his right to political prisoner status.

He was released on 2 August 1988 within the framework of Gorbachev’s campaign for “pardoning” political prisoners.

In January 1989 Sokulsky became involved in political life. He was one of the founders of local organizations of the Taras Shevchenko Association of the Ukrainian Language, Narodny Rukh Ukrainy [Popular Movement of Ukraine] (Rukh), the Ukrainian Helsinki Union (UHU), the Ukrainian Republican Party (URP), “Memorial” and others. He published the journal “Porohy” [“Thresholds”].

On 20 May 1991 he was brutally beaten by KGB agents in Dnipropetrovsk during a picket in support of Ukrainian independence. This led to a serious deterioration in his state of health.

Ivan Sokulsky died on 22 June 1992 and was buried in Dnipropetrovsk.

Two collections of his poetry were published after his death: “Vladar kamenyu” [“Lord of stone”] and “Oznachennya voli” [“Definition of liberty”]. 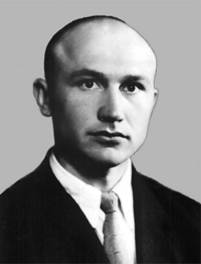