Shevchenko’s father was an agronomist from near Konotop, region, his mother – a doctor from Starodub, region.of .  Before the War they were members of the Communist Party (Bolshevik), and they brought their son up with similar views. He developed different political beliefs later, from the end of the 50s to the middle of the 60s.

Shevchenko graduated from the Faculty of Journalism of Kyiv State University in 1956, after which he worked in the editorial offices of different newspapers, in the Ukrainian Society of Friendship and Cultural Links with Foreign Countries. He was a reserve office for the KGB and a member of the Communist Party of the . At the end of the 50s and beginning of the 60s he worked in the city newspaper “Leninets” [“Follower of Lenin”] in Hevelsk on Sakhalin, and in the 70s – in RATAU (the Ukrainian Information Agency) in Kyiv which he was forced to leave being accused of nationalism. Before his arrest in 1980 Shevchenko worked in the department of technical information at the factory “Electronmash”.

In the 1960s, together with the economist B. Orlovsky and the engineer A. Matviyenko, he belonged to a circle which circulated samizdat material. He wrote two articles, one about the uniting of all national forces to fight the totalitarian regime, and the other under the title “National Policy in Czechoslovakia through the eyes of a Ukrainian”, where he claimed that national minorities in Czechoslovakia and Yugoslavia had the chance to develop, whereas in the USSR and China a policy was being carried out leading to their assimilation and destruction. Both texts fell into the hands of the KGB however only the second which could be identified by his handwriting was used in charges against him.

In 1974, after the arrest of the Editor of “Ukrainsky visnyk” [“Ukrainian Herald”], V. CHORNOVIL, S. KHMARA restarted its publication. A microfiche with issues No. 7 and No. 8 were passed to the West. There they were published in both Ukrainian and English and were to be a vital source of information about repressions in the middle of the 1970s. S. KHMARA was joined by the Kyiv journalist OLES SHEVCHENKO, and through the latter by V. Shevchenko. Together they distributed No. 7 and 8 of the bulletin and prepared material for the next issues. For several years the KGB were unable to find out who was publishing “Ukrainsky visnyk”, possibly because those involved had never before taken part in the legal national democratic movement, and also because, after a search of the home of S. KHMARA at the beginning of 1975, they ceased both publishing the bulletin and any other dangerous activities,  and issue No. 9 which was ready for issue, after two unsuccessful attempts to get it smuggled abroad, fell into the hands of KGB officers during searches.

For the next, 10th issue of the bulletin, Shevchenko wrote and passed to S. KHMARA in Chervonohrad, Lviv region an article entitled “The Class structure of Soviet society” (the classes being the Party-Soviet bureaucracy, collectively owning the means of production and the workers. Both classes were divided into sub-classes).  However the article had to be destroyed.

Shevchenko was arrested on 14 April 1980. The case involving V. Shevchenko, S. KHMARA and OLES SHEVCHENKO was heard by the from 15-24 December that year. Relatives were admitted into the courtroom only on the fourth day after they had been questioned as witnesses. Nobody else was allowed in and the courtroom was half empty. Under Article 62 of the Criminal Code of the Ukrainian SSR (“anti-Soviet agitation and propaganda”) Shevchenko was charged with: storing and distributing “Ukrainsky visnyk”; authorship of the article “National Policy in Czechoslovakia through the eyes of a Ukrainian”; “the anti-Soviet content” of notes on the margins of two volumes of Lenin’s works removed during a search; under Articles 70 of the Criminal Code of the RSFSR and the same Article 62 of the Ukrainian CC he was accused of verbal “anti-Soviet propaganda” which he was alleged to have uttered at the end of the 50s on Sakhalin, and then in Kyiv.  Testimony was provided by party functionaries from Nevelsk (), employees of RATAU, and engineers from Kyiv factories. The “Anti-Soviet agitation” consisted of comments Shevchenko had made about the poor condition of cultural monuments, about the fact that agriculture had hit a dead end, about the costs of economic policy, about the artificially induced Holodomor [Famine] of 1932 – 1933, and about the forced policy of collectivization.

The training secretary at the last place where Shevchenko had worked, when asked whether the latter had held anti-Soviet conversations at work, replied: “We were nervous of him – after all he was a member of the Party and a reserve officer of the KGB – so we didn’t talk to him”.

The Prosecutor demanded that he receive 6 years harsh regime labour camp and 3 years exile. The court sentenced him, “taking into consideration the personality of the accused”, to 7 years in the camps and 4 years exile. On 31 March 1981 the Supreme Court of the Ukrainian SSR considered Shevchenko’s appeal, but did not change the sentence.

He served his sentence in harsh regime camp No. 37 (Polovynka, region). He took part in collective protest actions, including the strike of 1981, for which he was punished by being put in isolation punishment cells and not being allowed visits.

He was released on 5 February 1987 as part of Gorbachev’s pardoning policy just 2 months before his sentence was to end. Shevchenko was one of the active members of the Ukrainsky kulturolohychny klub [The Ukrainian Cultural Studies Club] (UCSC) (1987 – 1988), the author of a number of samizdat articles, including articles about the need to revive the Ukrainian and Byelorussian Orthodox and Greek-Catholic Churches, about the yellow and blue flag and the trident, and others. On 30 December 1987, as part of the electoral board of “Ukrainsky visnyk”, restarted by V. CHORNOVIL, he joined the Ukrainian Helsinki Group (UHG) which in summer 1988 became the Ukrainian Helsinki Union (UHU), and in April 1990 – the Ukrainian Republican Party (URP). In 1997 he moved over to Narodny Rukh Ukrainy [Popular Movement of ] (RUKH) – the biggest of ’s national-democratic parties.

In 1993 he became the executive secretary of the Orthodox newspaper “Nasza vira” [“Our faith”]. 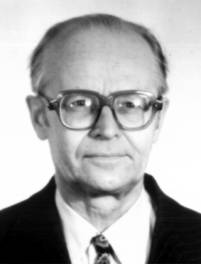