Rozumny’s father, a peasant farmer, was sentenced in 1932 to 10 years hard labour for “non-fulfilment of grain supplies”.  He died on the construction of “Belomorkanal” in 1933.

In June 1942 Rozumny was sent by the Nazis for forced labour to Germany. He worked in a copper-casting factory in Aisleben, Saxony. He was freed by American troops in April 1945 and mobilized into the Soviet Army. He served in Poland, then in Karelia. In 1958 he graduated from the Dnipropetrovsk Institute of Foreign Languages. He worked as a teacher of English in the city of Pochayiv, Ternopil region, and then from 1959 – 1960 in the local history museum in Kremenets.  It was there that he met graduate of Lviv University, Y. SVERSTYUK. This meeting was to lead to a life-long friendship.

Following a denunciation from one of his colleges, Rozumny was arrested without a court warrant by the KGB.  Searches were carried out of flats in Kremenets and Vyshnevets, but nothing “anti-Soviet” was found.  He was held in custody for a week and then released, with no criminal case being launched, however at a teachers’ conference, Rozumny was criticized, and banned from teaching activities.

Rozumny moved to the village of Solone in the Dnipropetrovsk region, where he worked as a teacher. Under various pretexts, and sometimes without any pretext, he refused to give lectures on atheism, spur the workers on to inspired labour and socialist competition, to praise the “beloved” Communist Party of the USSR.  At the same time, helped by friends, he collected and distributed samizdat among some teachers and senior school students. This included prohibited poems of P. Tychyna, V. Soskyura, Y. Malanyuk, collections of the poems of V. SYMONENKO, published in small print runs. He typed out, using I. SOSULSKY’s typewriter, 12 copies of I. DZIUBA’s work “Internationalism or Russification?” and distributed them.  The authorities reacted negatively to Rozumny’s public activities, as well as to his work in schools, which they considered went beyond the duties of a teacher. At his lessons, Rozumny introduced his students to the banned, deliberately avoided or forgotten names of Ukrainian patriots, public and State figures.  He was consistent in defending the interests of teachers and their professional dignity.

Due to family circumstances he was forced to leave his teaching work and was never to return to it. He worked as a builder and as a boiler stoker.

On 25 October 1969 in connection with the case involving I. SOSULSKY, KGB officers carried out a search of Rozumny’s flat, summoned him for questioning, and tried in vain to get him to testify against the arrested SOSULSKY, as well as against Y. SVERSTYUK and I. DZIUBA.  He was held in detention for 4 days.

In 1974 he moved to Ivano-Frankivsk. He worked as the conductor for train carriages transporting vodka, but lost this job supposedly on the grounds of reductions in staff (although in actual fact because of the letter to “Literaturna gazeta” [“Literary Newspaper”] about the hypocritical “campaign to fight drunkenness”), and then as the administrator of the regional philharmonic.  In March 1977, the KGB carried out a search of Rozumny’s flat. He was summoned for questioning four times, and was threatened with immediate arrest if he did not sign a document promising to give up all anti-Soviet activity.

In 1978 Rozumny decided to join the Ukrainian Helsinki Group (UHG).  In order to broaden the activities of the group he moved to his home village of Pshenychne.

At Easter 1979 Rozumny visited Y. SVERSTYUK who was serving out his period of exile in the village of Bogdarin, in the Bauntovsk district of Buratiya. When he was returning from there, he was stopped by police in the airport in Ulan-Ude.  During their seach, two knives were discovered – a self-made everyday knife and one for hunting, bought in a shop in Bogdarin.  The flight was delayed, a protocol-record taken about the confiscation of “potential weapons”.  This was how they designated the self-made knife, whereas the hunting knife was returned. “A case” was not launched against Rozumny immediately, but only after his second trip to see Y. SVERSTYUK in September 1979, when in October he was declared a member of the UHG.  He was arrested in Pshenychne on 8 October 1979 and charged with illegally carrying a potential weapon.  On 20 October 1979 Y. SVERSTYUK was questioned in connection with Rozumny’s case. In answer to the question whether he had seen Rozumny with a hunting knife, Y. SVERSTYUK on the same day wrote in a statement to the Prosecutor General of the USSR: “… Yes, I saw it. And not only I saw it. At all transfer points it was seen by all competent, well-informed and instructed officers of your authorities… However, if the authorities return such a “weapon” to a person in order to make use of it when the occasion arises as a pretext for launching a criminal investigation against him, then it is the authorities who are provoking, and in essence, presenting a danger to the citizen.”

On 21 December 1979 Rozumny was sentenced by the Solonyansky District Court to 3 years general regime labour camp under Article 222-3 of the Criminal Code of the Ukrainian SSR.  Rozumny denied having committed a crime, refused the services of a lawyer and expressed his lack of confidence in the judge.

He served his sentence in camp 308/26, in the city of Zhovti vody, Pavlohrad district of the Dnipropetrovskregion.  Half-way through his sentence he was transferred to compulsory labour (“suspended early release”) in the city of Nikopol, Dnipropetrovsk region, but then again camp. The last year was served on a “khymiya” [compulsory brigade] in Bikin, in the Khabarovsk area.

Following his release, he worked on a collective farm in Pshenychne. In November 1984 Rozumny again travelled to the far East, this time to bring Oksana MESHKO back from exile.

On 11 March 1988, Rozumny was one of 19 members of the UHG, still at liberty, who signed “An Address from the UHG to the Ukrainian world community” about the revival of its activity. Rozumny was one of the founders and the chairperson of the Dnipropetrovsk branch of the Ukrainian Helsinki Union (UHU), and a member of its All-Ukrainian Coordination Council. At the founding congress of the UHU in April 1990, where the Ukrainian Republican Party (URP) was formed, Rozumny was elected its secretary of foreign matters. From 1992 he was the regional secretary of the URP and the chairperson of the Dnipropetrovsk Regional Organization, and from 1994 – the chairperson of the Solonyansky district organization of the URP. He joined the Christian Republican Party in 1997 and was a member of its Ethics Commission. He is active in human rights protection work, and takes an active part in implementing land reforms in the village, involving the privatization of land allotments.

Khronika zashchyty prav v SSSR [Chronicle of the defence of human rights in the USSR] – New York: Khronika, No. 39.— p. 41.

S. Karasik. Supplemented and edited in June 1998 by P. Rozumny and V. Ovsiyenko 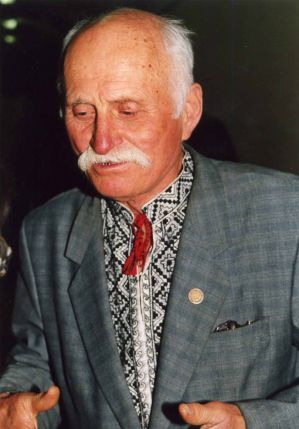