Lawyer, one of the organizers of the Ukrainska Robitnycho-Selyanska Spilka [Ukrainian Workers’ and Peasants’ Union]), founding member of the Ukrainian Helsinki Group, twice a political prisoner

Lukyanenko grew up in a peasant family.  In 1944 he was called up for the army and served in Austria and in the cities of Ordzhonykydze and Nakhycheban in the Caucuses.

After a visit home in 1950 when he saw the poverty and degradation in Ukraine, Lukyanenko came to the conclusion that it was vital to struggle for Ukraine’s independence and that this was worth devoting his life to.  He decided that the only way to achieve this goal was to reach the top echelons of power. Since power in the USSR was concentrated in the hands of the Party, in 1951 he became a member of the Komsomol, then in 1953 – the Party. He received secondary school education in the army. In 1953 he entered the Law Faculty of Moscow University. He was married in 1954.

By 1956 he had understood that the path he had chosen was wrong and in 1957 he decided to concentrate on underground struggle.

In September 1958 he was sent to the Radekhivsk district of the Lviv region as the propaganda officer for the district committee of the Party.

The work was connected with constant visits to villages in the area and Lukyanenko saw how people were being driven into collective farms and how entire farmsteads were being destroyed.

In 1959, together with S. Virun, he created an underground party called the Ukrainska Robitnycho-Selyanska Spilka [Ukrainian Workers’ and Peasants’ Union] (UWPU).

In the middle of 1959 Lukyanenko moved to the Hlynyansk district, and from the district committee transferred to work as a lawyer in the courts.  Here he met people with similar views to his own – Ivan KANDYBA and A. Lyubovych.

The first organizational meeting of the UWPU was held on 7 November 1960 at which a draft version of the union’s program was discussed. Since the original draft was seen as too radical, it was agreed that Lukyanenko would draw up another, softer version for a new meeting on 22 January 1961.  However, the day before this planned meeting, Lukyanenko, I. KANDYBA, S. Virun, V. Lutskiv, A. Lyubovych, and later, I. Kilysh and I. Borovnytsky were arrested.

Lukyanenko was charged under Articles 56 (“State Treason”) and 64 (“creation of an underground nationalist organization”) of the Criminal Code of the Ukrainian SSR with the prosecution statement’s reading: “from 1957 he nurtured the idea of the UkrSSR’s secession from the USSR, of undermining the authority of the Communist Party, and slandered the theory of Marxism-Leninism”.

On 20 May 1961 the Lviv Regional Court sentenced Lukyanenko to death, however the sentence was commuted by the Supreme Court of UkrSSR to 15 years deprivation of liberty.  The other defendants in the case involving UWPU received sentences of between 10 and 15 years labour camp.

The first 3 years of his sentence were served in Dubravlag – the Mordovian political labour camps.  In 1964 he wrote a letter of complaint to the editor of the newspaper “Yuzhnaya Pravda” [“Southern Truth”] in Mykolaiv, in which he gave a detailed explanation of the violation of human rights in the USSR based on the Universal Declaration of Human Rights, demonstrated that from the point of view of the Soviet Constitution, his actions could not be classified as state treason and asked that the necessary measures be taken to restore justice.  Lukyanenko hoped that through the editor’s office the text of his letter would become widely known, and organized a steady stream of such appeals.

While imprisoned, he played an active role in the struggle of the new generation of political prisoners – the Shestydesyatnyky [Sixties activists] – to defend legality and the rights of prisoners in the camp. This struggle was to receive publicity in the West.

In 1967 Lukyanenko was transferred for three years to the Vladimir prison.  From 1972 he was held in the Perm political labour camps. In 1974 he was one of the three organizers of a strike in defence of Stepan SAPELYAK to be sentenced by the Chusovsk District Court to prison terms and he was sent back to the Vladimir prison. In 1975 he took part in drawing up a draft law on the status of political prisoners which was then sent to the Supreme Soviet of the USSR.  From prison, Lukyanenko was sent for a medical examination to a psychiatric hospital. The psychiatrists diagnosed him as having a “hypochondriac syndrome” and gave him Group 2 disability status.

On 10 December 1975, together with other political prisoners, he declared a hunger strike to mark International Human Rights Day.  On that very day he was transferred to the Chernihiv prison where he was to remain until the end of his sentence. Following his release in January 1976, he settled in Chernihiv, where he was placed under administrative surveillance for a year.  He was not able to find work in his profession, and instead worked as an electrician in the regional children’s hospital.

On 9 November 1976, at the suggestion of Mykola RUDENKO, Lukyanenko became one of the founding members of the Ukrainian Helsinki Group (UHG), and was to sign all documents of the UHG.

He also spoke out in defence of the artist Petro RUBAN.  In December 1977 and January 1978 an article of his was published in the émigré journals “Suchasnist”  [“Contemporary times”] and “Vyzvolny shlyakh” [“Path of Liberation”] in London, and his work “Rik svobody” [“Year of liberty”] was broadcast by  Radio “Svoboda” [Radio “Liberty”].

On 24 August 1977 Lukyanenko sent an appeal to the Presidium of the Supreme Soviet of the USSR asking for permission to emigrate. His appeal states: “Of the 50 years of my life, I have spent more than 8 in your military barracks, 15 in concentration camps, barracks and prison cells,  and I am now living for a second year under house arrest” … “In order to have my [sentence] cancelled, a court ruling is required. This ruling is possible only on condition that I renounce my outlook on life. I will never change this outlook and will therefore remain a convicted person until I die” … “The prospect of such a life is not in the slightest alluring”.

On 12 December 1977 Lukyanenko was again arrested. He refused to give testimony and also rejected his Soviet citizenship.  He was charged with creating and distributing a number of documents which had been found during searches of the homes of Boris ANTONENKO-DAVYDOVYCH and others.

From 17-20 July 1978 he was tried and sentenced by the Chernihiv Regional Court under Article 62 § 2 of the Criminal Code of the UkrSSR (“anti-Soviet agitation and propaganda”) to 10 years special regime labour camps and 5 years exile, and was declared a particularly dangerous repeat offender.

He served this sentence in the Mordovian political labour camps. Together with other political prisoners he prepared information and organized for it to be smuggled out of the camp.  This was to appear in the West.  In February 1980, he and other prisoners of the special regime were transferred to camp VS -389/36 [“Perm-36”] Kutchino, Chukhovoi district of the Perm region.

On 8 December 1987 Lukyanenko was sent into exile to Berezovka, Parabelsk district of the Tomsk region.

In March 1988 he was elected in his absence chairperson of the Ukrainian Helsinki Union (UHU).

On 23 April 1988 he was offered the chance to leave the country, however he refused as he could feel that the situation in the country was changing and the prospects were emerging for being able to create a political party.

Under the Decree of the Presidium of the Supreme Soviet of the USSR of 30 November 1988, Lukyanenko was “pardoned” and freed from exile.  At the beginning of 1989 he returned from exile to Ukraine.

In April 1990 at the UHU Congress, he was elected chairperson of the Ukrainian Republican Party (URP) formed on the basis of the UHU.  In March 1990 he became a State Deputy of the Supreme Rada of Ukraine and was a member of the Commission on issues of legislation and legality, and the Deputy Chairperson of the National Council.  Lukyanenko was one of the authors of the Declaration of Ukrainian Independence of 24 August 1991 and was a candidate for the Post of President of Ukraine.

In 1992 Lukyanenko resigned as State Deputy however retained his position as Chairperson of URP. From May 1992 to November 1993 he was the Special and Authorized Ambassador of Ukraine in Canada. Due to his disagreement with the policy of the Ukrainian Government, however, he resigned and returned to Ukraine. From November 1993 to June 1994 he served as the head of the pre-election democratic association “Ukraina”.  In November 1994 he was for the second time elected State Deputy of the Verkhovna Rada. From May 1992 he was the Honorary Chairperson of URP.

Lukyanenko is one of the leaders of the “National Front” which unites the right-wing (i.e. non-communist leaning) nationalist parties.

The Ukrainian Helsinki Group. On the twentieth anniversary of its creation. — Kyiv.: URP — pp. 16-17. 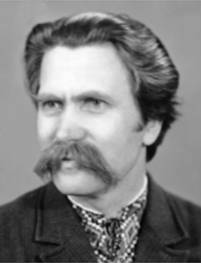