In 1964 Kalynychenko graduated from the Kyiv Institute of the National Economy, and then studied in Leningrad, becoming an electrical engineer and economist.

During his studies in Kyiv, Kalynychenko was invited to inform the KGB about foreign students, about their views and way of thinking. Not wishing to do so, he decided to flee from the USSR, hoping, in particular, for help from an American student. He talked about these plans to a student from Ghana who betrayed him to the KGB.  He was arrested in September 1964, but released in January 1965.

From 1965 – 66 he worked as senior engineer for the All-Union Technical Planning Institute for power machine building in Leningrad.

On 20 July 1966, he was arrested while attempting to cross the Soviet – Finnish border. He was diagnosed as mentally fit by the Serbsky Institute of General and Forensic Psychiatry in Moscow.

On 12 January 1967. Kalynychenko was charged with “attempting to betray his homeland”, Article 64-a, Articles 40, 15 of the Criminal Code of the Russian SSR, and was sentenced to 10 years harsh regime labour camp. He served his sentence in the Mordovian political labour camp, Camp No. ZhKh-385/3, the settlement of Barashevo in the Tengushevsk district.  On 13 June 1972 he was transferred to VS-389/36, village of Kutchino, Chusovsoi district of the Perm region.

On 24 November 1974, Kalynychenko sent a formal declaration to the Presidium of the Supreme Soviet of the USSR (with a copy to the UN Human Rights Committee).  In it he wrote that he had not been tried for attempting to cross the border, but for his political views, and cited excerpts from his sentence “he does not agree with the social and political system”, “he tried to flee for political motives”. He demanded that i) the conditions in which he was being held in custody be brought into compliance with the conditions for those with political prisoner status; ii) his sentence be repealed; 3) representatives from the UN and other international organizations be given the opportunity to check whether there were grounds for the charges against him and his conviction, as well as for the conditions in which he was being held. He stated that if his first demand was not met, he would nonetheless hold to the status of a political prisoner.

In 1975 he was moved to the Vladimir prison. In the summer of that year Kalynychenko began being taken from hospital to hospital, spending a month in a psychiatric barrack in Mordovia, a month in the Serbsky Institute in Moscow, three months in a psychiatric clinic in the city of Sychev, Smolensk region (YO -100/5).

A month before his release, he was brought back to the camp. Up to the end of February 1976 he was held in quarantine then transferred to the camp hospital, from where he was released on 19 March 1976.

Kalynychenko settled in his home region in the village of Vasylkivka in the Dnipropetrovsk region, was held under administrative surveillance, and worked as an engineer-economist at a factory for preserves up until his new arrest.

From 17-27 October 1977 he went on hunger strike, demanding to be allowed to emigrate from the USSR.  During his hunger strike, on 23.10.77 he sent the Supreme Soviet of the USSR a letter stating his rejection of his Soviet citizenship, and handing in his passport, military ticket and his certificate confirming his higher education.

On 12 December 1977 a search was carried out of Kalynychenko’s home in connection with the arrest of L. LUKYANENKO.

In December 1977, Kalynychenko signed the Appeal of members of the UHG to the Belgrade Congress in support of L. LUKYANENKO and protesting over the discrimination against Ukrainians in terms of their right to emigrate.

On 7 April 1978, Kalynychenko was arrested to 2 weeks for “hooliganism”, the latter being how the authorities labelled his refusal to go to a meeting where the draft of the Constitution of the Ukrainian SSR was to be discussed.  From then on, the authorities begin collecting statements from other residents of his villages who asked “to be protected from Kalynychenko”.

Kalynychenko was dismissed from his job, and could not find work, not even unqualified jobs, in connection with which on 7 October 1979 he held a hunger strike. In his address to the Dnipropetrovsk regional committee of the Communist Party of Ukraine, he asked to be registered unemployed and to be given material aid.

On 2 November 1979 the period of administrative surveillance over him was extended for the eighth time. He was again issued a warning in accordance with the Decree of the Presidium of the Supreme Soviet of the USSR from 25.12.1972 and forced to take back his declaration rejecting his citizenship and demand to be allowed to emigrate.

On 29 November 1979 Kalynychenko was arrested. He was accused of distributing documents of the Moscow Helsinki Group (MHG) and the UHG, and also charged because of his letter rejecting his Soviet citizenship which, according to the authorities, contained slander against the national policy of the USSR.

From January to February searches and interrogations were carried out in connection with the Kalynychenko case in Kyiv, Kharkiv, Chernivtsi, the village of Lukashevo in the Dnipropetrovsk region.

On 16 May 1980, the Dnipropetrovsk Regional Court declared Kalynychenko to be a particularly dangerous repeat offender and sentenced him to 10 years special regime labour camp and 5 years exile under Article 62 § 2 of the Criminal Code of the Ukrainian SSR (“anti-Soviet agitation and propaganda”).  From the Dnipropetrovsk SIZO [pre-trial detention centre] Kalynychenko was sent to serve his sentence in ITK-18 one of the Mordovian political labour camps.

From 10 September 1980, he served his sentence on the territory of the special regime unit in the village of Kutchino, Chusovoi district (the Perm political labour camps). After being placed in a punishment cell a number of times for attempting to smuggle a protest to the outside world, on 15 October 1981, he was placed in a punishment isolation cell for a year. On 20 January 1983, on the decision of the Chusovoi court, he was transferred for 3 years to Chistopolsk prison in the Tatar Autonomous SSR for his active participation in protest actions within the camp.  After serving his three-year prison term, he was transferred to a camp.

During the Gorbachev campaign releasing political prisoners, he was “pardoned” in accordance with the Decree of the Presidium of the Supreme Soviet of the Ukrainian SSR from 7 April 1988. He was released on 18 April 1988.

He first lived in Vasylkivka, then in Kharkiv.

In spring 1989 he left for the USA, and lives in Washington. Up to 1997, Kalynychenko worked in the editorial office of the Ukrainian section of the radio station “Holos Ameriki” [“Voice of America”]. 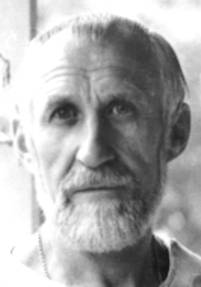