A prominent Shestydesyatnyk [Sixties activist] and organizer of channels for circulating samizdat, one of the leaders of the national liberation movement of the 1960s – 90s.  Twice a political prisoner

Horyn’s father was the chairperson of the village association of “Prosvita” [“Enlightenment”] and headed an underground village organization of OUN [the Organization of Ukrainian Nationalists], suffering persecution for this under the Polish authorities. In December 1944, while his father was fighting in the Ukrainian Resistance Army (UPA), NKVD officers tried to deport Mykhailo, together with his mother and brother, Bohdan, to Siberia, however they managed to escape.

From 1949-55 he studied in the Department of Logic and Psychology at Lviv University. In 1953 he was expelled for refusing to join the Komsomol, however thanks to the intervention of the Rector, Academician Y. Lazarenko, he was reinstated.  He was in contact with the underground OUN, and both prepared and distributed leaflets.

After graduating he worked as a teacher of logic, psychology and Ukrainian language and literature, and was in charge of the district methodology department, as well as being an inspector for the Strilkivsk Education Department. From 1961 he turned to academic research, and organized the Soviet Union’s first experimental theoretical and practical laboratory of labour psychology and physiology at the Lviv Factory of loading vehicles. He was the author of a number of methodological works for teachers and articles in the field of labour psychology, while also writing his PhD thesis.

In May 1962 he made contact with the Kyiv Shestydesyatnyky [Sixties activists] I. SVITLYCHNY, I. DZIUBA, I. DRACH and others. The question of how to fight the regime was often discussed. Horyn initially supported the idea of underground activities however he was convinced by I. SVITLYCHNY that in their circumstances underground organizations would be swiftly discovered, and that it was necessary to express their opinion of the existing regime openly.

More and more openly anti-Soviet articles appeared, including: “Dumky i rozdumy zbentezhenoho chytacha” [“Thoughts and reflections of a worried reader”],  “Ukrainska osvita v shovinistychnomu zashmorzi” [“Ukrainian education with a chauvinist noose around its neck”] about the case involving Pogruzhalsky[1], which Horyn was later to be charged with having distributed. The greatest achievement of working “within the framework of the law” could be considered the article by Y. PRONYUK  “Stan i zavdannia ukrainskoho vyzvolnoho rukhu” [“The State and the tasks of the Ukrainian Liberation Movement”] which was effectively a program of the Ukrainian Shestydesyatnyky.

Horyn was one of the organizers, and a member of the Board of the Lviv “Klub tvorchoyi molodi” [“Club for Creative Young People” (CCY)] “Prolisok” [“Snowdrop”] (1963), and was also involved in distributing political literature published abroad, and in preparing samizdat material using typewriters and photographic means. .

There were already rumours in spring 1964 in literary circles about the imminent arrests, with Ivan DRACH specially travelling to Lviv to warn people there.  The first wave of arrests began in summer 1965. .

Horyn was arrested on 26 August 1965 and charged under Article 62 § 1 (“Anti-Soviet agitation and propaganda”) of the Criminal Code of the UkrSSR.  On 18 April 1966 he was tried together with his brother, Bohdan HORYN, Ivan HEL and Myroslava Zvarychevska in a hearing behind closed doors of the Lviv Regional Court, and sentenced to 6 years harsh regime labour camp. Horyn denied any guilt, and his final words at the trial later circulated in samizdat.

The first wave of arrests in 1965 were to have a galvanizing effect on the Mordovian political labour camps: samizdat appeared, and means of smuggling out information were developed, national groups joined forces in protest actions. For “propaganda” and circulating samizdat documents among the prisoners the court of the Zubovo-Polyansk district in July 1967 sentenced Horyn to 3 years imprisonment in the Vladimir prison, from where he also succeeded in getting information out regarding the position of prisoners.

He was released on 26 August 1971.  He was not allowed to register in Lviv where his family lived, and to avoid being prosecuted for “parasitism”, was forced to find a job as a train driver in the Rivne region. From September 1972 he worked as a stoker in the Lviv boiler network, then from 1977 as a psychologist in the factory “Kinescop”.  Horyn also helped former political prisoners and their families prepared appeals. In the Ukrainian Helsinki Group (UHG), founded in 1976, he chose a more secondary role, however he took part in putting together the founding documents. Later, after the arrest of the founders of the UHG, he took on the publishing of the Group’s Bulletin, and put out №№ 4-7.

Throughout 1981 searches were carried out of Horyn’s home, during one of which, on 23 March, a document purporting to be from the UHG and relating to the case involving I. KANDYBA was planted, with another such forgery, a text of 15 pages bearing the somewhat illiterate title “Social research into the mechanisms of Russification in Ukraine (which should at least have read “sociological”) appearing during a search on 28 November.

On 3 December 1981 after a search lasting 13 hours, Horyn was arrested. In protest at the fabrication of a “case” against him, he declared a hunger strike and refused to take any part in the preliminary investigation. On the tenth day he suffered a heart attack.  On 25 June 1982 he was sentenced by the Lviv Regional Court under Article 62 § 2 and Article 179 (“refusal to give evidence”, this relating to the case involving I. KANDYBA) of the Criminal Code of the UkrSSR to 10 years special regime labour camp and 5 years exile. He was declared a “particularly dangerous repeat offender”.

On 12 November 1982 he was taken to camp No. VS -389/36 [“Perm-36”, in the village of Kutchino, Chusovoi district of the Perm region (the Perm political labour camps). While there, he discussed issues to do with the reform of the UHG with Y. LYTVYN, and wrote psychological portraits of O. TYKHY, V. MARCHENKO, V. STUS and Y. LYTVYN.

He suffered from an inflammation of the kidneys, hypertension and arrhythmia, and then in May 1984 had another heart attack (Myocardial Infarction). On 28 November 1986 he was moved to Lviv where, after the next heart attack, he was hospitalized, to be returned however later to the Urals. He was “pardoned” under the Gorbachev amnesty campaign on 2 July 1987.

By the August following his release, Horyn had already, together with V. CHORNOVIL and P. Skochko, renewed publication of ”Ukrainsky visnyk” [“Ukrainian Herald” ] (beginning from No. 7.)  On 11 March 1988 Horyn, Z. KRASIVSKY and V. CHORNOVIL, in their capacity as working secretaries of the UHG signed an “Address to the Ukrainian and World Community” about the reactivation of its activities. Mykhailo and Bohdan HORYN, with V. CHORNOVIL put together a “Declaration of the Principles of the Ukrainian Helsinki Union”, created on the basis of the UHG, which they made public at a meeting in Lviv on 7 July 1988.

Horyn also organized and chaired a Working Group for the defence of Ukrainian political prisoners, and took part in several congresses of representatives of national democratic movements of the peoples of the USSR.

On 11 August 1988 the Department of the KGB for the Lviv region issued Horyn with an official warning with regard to his “anti-Soviet activity”. He was stopped by the police on many occasions, for example in Chernivtsi where he had gone to attend the founding meeting of the UHU, he was placed under custodial arrest for 15 days.

In 1990 he was elected State Deputy (MP) to the Verkhovna Rada of the UkrSSR.

From May 1992 until October 1995 Horyn was the leader of the Ukrainian Republican Party.  After this party split up in 1997, he was one of the founders of the Christian Republican Party, and chairperson of its editorial commission.

[1]  The trial was linked with a fire which ravaged the Kyiv Central Scientific Library on 24 May 1964 and destroyed a huge number of priceless archival documents and books.  Many people at the time believed this to be deliberate policy by the Soviet authorities.  Pogruzhalsky, who was charged with lighting the fire, but does not seem to have served his sentence, would also appear to have a KGB agent. (translator’s note) 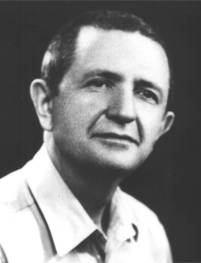