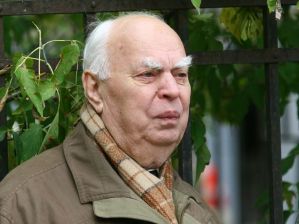 He was born into a peasant family. In 1944, he joined the Catholic organization Ateitininkai, founded and headed a Catholic youth group in local gymnasium "Raseinių gimnaziją", organized support for the prisoners of the Jewish ghetto, distributed underground newspaper “Laives varpas”.

In 1947, Viktoras was arrested and on 08.04.1948 sentenced by the Special Meeting under articles 58-10, 58-11 of the RSFSR Criminal Code to five years of imprisonment. He did his term in the Vladimir prison and camps of the Komi ASSR. In 1949, he escaped from the camp, was caught and on 25.02.1949 convicted of escape to another ten-year term. Viktoras was sent to serve his term in Minlah (Komi ASSR). After Stalin’s death in 1953 he was discharged on early parole as one who had committed a crime before attaining his age of majority.

Upon his return to Lithuania, Viktoras took his examinations as an extern and graduated from the evening high school and moved from Raseiniai to Vilnius. Viktoras was preparing to enter the theological seminary, but as a former prisoner he failed to get a reference from the local abbot. In 1957, he entered the faculty of the Lithuanian language and literature of the Vilnius University, but the same fall he was expelled. On 25.12.1957, he was arrested again. Viktoras was mixed up in the case of an underground organization "National Front" (so-called "case of the Eleven": Stasis Stunguris, Albertas Zhylinskas, Albertas Zvitsiavichius, Antanas Terliatskas and others). They were always becoming, but never became; nobody knows whether they read the program written by Stunguris. The majority of alleged conspirators were not familiar with each other, but they were charged with preparing to establish the organization and recruiting members for it (Viktoras was also accused of spreading émigré publications , participating in students’ rally on the Memorial Day). The session of the Supreme Court of the Lithuanian SSR was held on 09-14.06.1958. Petkus was sentences to eight years of labor camps under art. 58-10 and 58-11 of the RSFSR Criminal Code. He served his sentence in Ozerlag (Irkutsk Oblast), Dubravlag (Mordovia ASSR) and in the Vladimir prison.

Petkus was released on 25.12.1965 and settled in Vilnius; he was employed as a lab assistant at the Medical Department of Vilnius University. In 1968, together with a group of health workers was on tour in Riga, where he delivered a speech at the Brethren Cemetery (the Latvians buried there KIAs who struggled with the Red Army), and lost his job as a result. After some time he was employed as a sacristan in the church of St. Nicholas, where he served for two years, and then worked as a technician in Vilnius city hospital.

On 09.12.1975, before the trial of Sergei Kovalev, he was detained in Vilnius at the railroad terminal, where he went together with Antanas Terliatskas and Valeriy Smolkin to meet Andrei Sakharov in Moscow and other human rights activists who came to attend the trial. He signed a letter in defense of Sergei Kovalev (January 1976).

On 25.11.1976, Petkus initiated creation in Vilnius of the Lithuanian Helsinki Group (LHG). He was one of the authors and editors of the first twelve documents and statements of the group. In the same year Petkus prepared and typed vol. 1 of the underground publication Lithuanian Archive, which featured the fragments of memoires of A.L. Ukauskaite-Poshkene “Lagerio pasakos” (Camp Tales), lyric camp poems of Kazis Inchurf, and essays of Tomas Venclova to name a few.

On 20.08.1977, the establishment of the Main Committee of the Estonian-Latvian-Lithuanian national movements was announced. The Committee was unable to get down to work because the majority of its members were arrested soon. Petkus was arrested on 23.08.1977, during the search he agents confiscated LHG documents and other “subversive literature”. Trying to discredit Petkus as a public figure, the investigation and the trial, besides "anti-Soviet agitation and propaganda" and "participation in anti-Soviet organization", brought several ordinary criminal charges.

The session of the Supreme Court of the Lithuanian SSR took place on 10-13.07.1978 and they recognizing Petkus to be a special dangerous recidivist and sentenced him under art. 68 part 2 (similar to art. 70 part 2 of the RSFSR Criminal Code and art. 62 part 2 of the CC of the UkrSSR), 70 (similar to art. 72 of the Criminal Code of the RSFSR), 122 part 2, 241 part 3 of the Criminal Code of the LSSR to three years of imprisonment and seven years of the particular treatment colony and five years of exile. Petkus pointedly refused to participate in the trial and even listened to the verdict sitting. On the verdict day about a hundred people came to the court house, young people handed flowers. The conviction of Petkus triggered protests in Lithuania and other Baltic countries. Mart NIKLUS, who had been summoned as a witness, wrote an article "The process in Vilnius as seen by an Estonian" (published in the samizdat magazine “Pogonia”, no. 2, July 1979). The Moscow Helsinki Group released a document no. 56 (15.07.1978) "Regarding the conviction of O.Ginzburg, A.Shcharanskiy, and V.Petkus”. In the West Germany the activists created the "International Committee for defense of Viktoras Petkus” supported by the Vatican, Swedish Prime Minister Olof Palme, and PEN club. In 1978, 1979 and 1981, Petkus along with other activists of the Helsinki Groups arrested in the USSR was nominated for the Nobel Peace Prize.

He served his term in the Vladimir and Chistopol prisons and then in the particular treatment camp VS-389/36 in the Village of Kuchino, Chusovski Region, Perm Oblast. Together with Ukrainians L. Lukyanenko, Vasyl Stus Petkus participated in international resistance-to-authority actions of political prisoners. In 1982, together with the Estonian human rights activist M.NIKLUS he joined as a foreign member the Ukrainian Helsinki Group in the most critical time for it to support it.

In August 1988, Petkus was sent into exile in the Village of Bogdarin of Buryat ASSR. He was one of the last Lithuanian political prisoners, the requests for his dismissal were heard during the mass rallies in Lithuania. His early parole took place in the fall 1988.

In January 1989, he participated in the Congress for reactivation of the Federation of Ateitininkai; a month later the revival of the Christian Democratic Party of Lithuania took place. Petkus was a founding member of the Association of Lithuanian Political Prisoners (end of 1990).

In 1990, Petkus began publishing the Nepriklausoma Lietuva Weekly. Since 1992, he edited the Guardian of Lithuania Magazine. He published several books: Christian Democracy in Lithuania and the World (1990), The Chapel of Vilnius Cathedral (1994) and others. Petkus prepared for publication Vilnius Prince and Bishop Ignotas Jokūbas Masalskis and Vilnius Bishops in Lithuanian History.

In 1992, he was an advisor to the Committee for Civil Rights and Nationalities of the Seim of Lithuania; in 1994-1997, he consulted the Lithuanian government on human rights issues.

He lived in Vilnius and headed the Lithuanian Human Rights Association.