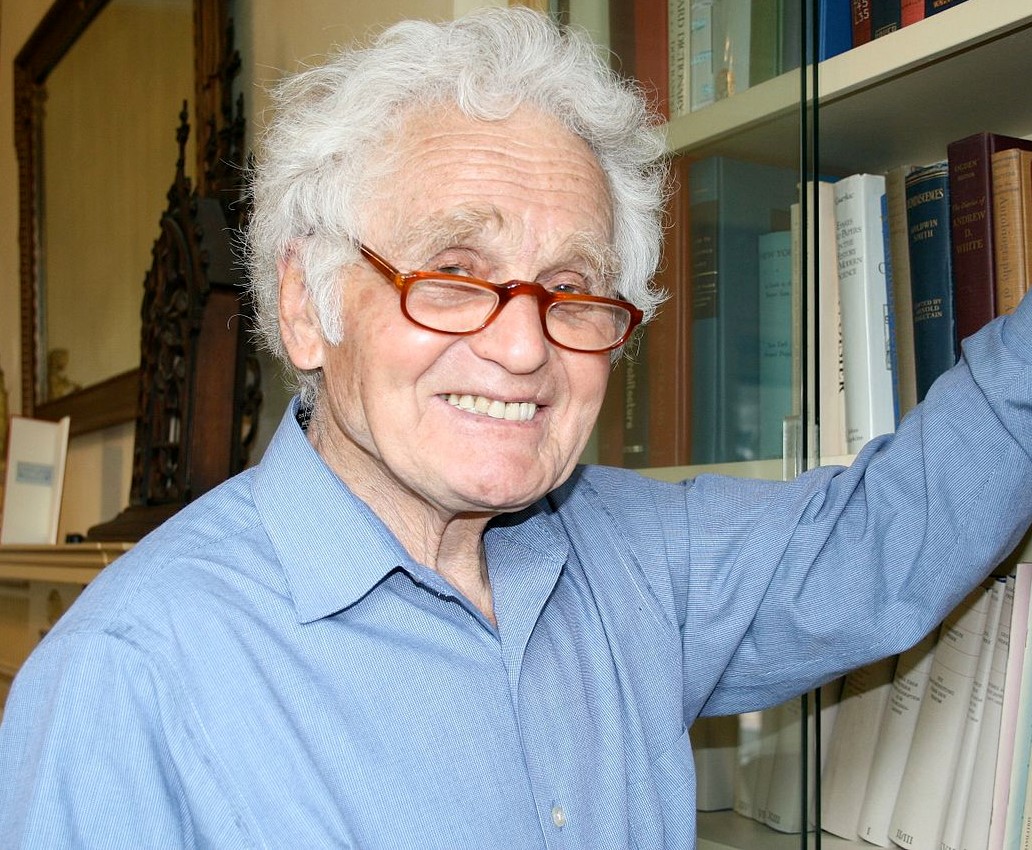 Born into a proletarian family; spent his early childhood in the countryside with his grandmother in the Smolensk Oblast. From 1931 he lived in Moscow. In the first war years he worked at a military plant; in 1944 he was drafted; after the artillery school he was sent to the frontline having the rank of first lieutenant. In the army he became a candidate member of the CPSU (he joined the party in 1948). He participated in the battles for Prague. Orlov was demobilized in 1946.

In 1947-1952, he studied at the Moscow Institute of Physics and Technology, later at the Department of Physics of Moscow State University. In 1952-1956, he worked as a researcher at the heating engineering laboratory of the Ministry of Medium Machine Building (later - Institute of Theoretical and Experimental Physics of the AS USSR). He specialized in microphysics, and published his thesis, but he lacked time to defend his thesis.

His consistent criticism of the Soviet system was formed in the mid-1940s as a result of his own observations and under influence of frank conversations with officers, his colleagues (even in the army Orlov intended to join some underground circle). However, only in 1956, having read the report of N. S. Khrushchev to the Twentieth Congress of the CPSU, Orlov realized the repressive nature of the regime. “Now the moment has arrived to which I, in fact, have been preparing all my life looking into this strange, deadly society devouring itself. I must openly express all that I have been thinking about it” (from the memoirs).

Soon he got a chance to do it: the party meeting devoted to the discussion of the report of Khrushchev had to take place in the laboratory. Orlov took floor at this meeting one of the first. In his speech he called Stalin and Beria “powerful murderers” and demanded “democracy on the basis of socialism”. Other speakers were in line with him.

This “attack on the party” in the heat engineering lab was covered in a special secret letter of the CC of the CPSU; on 21.04.1956, the Pravda Daily featured an article "The Communist Party has been winning and is winning now due to its loyalty to Leninism” dedicated to the same topic. Four speakers—Orlov, his colleagues Avalov, Nesterov and Shchedrin--were discarded and expelled from the party. A few months Orlov was out of work; in order to help him and other jobless the physicists collected money (then Orlov met V. Turchin, who became his friend).

In August 1956, Director of the Physics Institute of the Armenian SSR A. Alikhanov employed Orlov in his institute; the following sixteen years he lived and worked in Yerevan. There he defended his candidate’s thesis (1958) and then his doctoral thesis (1963), and in 1968 he was elected a corresponding member of the Republican Academy of Sciences. In 1972, he returned to Moscow and went to work for the Institute of Terrestrial Magnetism, Ionosphere and Radio Wave Propagation of the AS of the USSR.

In September 1973, under the influence of the newspaper campaign against A. Sakharov Orlov resumed his public activity. He sent L.I. Brezhnev an open letter en titled “On the causes of intellectual backwardness of the USSR and proposals to overcome it” (also known as "Thirteen question for Brezhnev”). The author put forward proposals for easing state control over the economy and demanding democratization of Soviet society. This appeal was widely circulated in samizdat. Soon Orlov met a number of well-known Moscow dissidents; in October 1973 e organized (together with V. Turchin and A. Tverdokhlebov) Soviet section of "Amnesty International”. M. Rudenko joined it as well.

Early in 1974, Orlov was sacked again; thereafter he worked as a private tutor.

Orlov participated in campaigns in defense of Alexander Solzhenitsyn, A. Voronel, Yu. Gastev, P. Ayrikyan, V. Osipov, S. KOVALEV, A. Tverdokhlebov, M. Dzhemilev, L. PLIUSHCH. He took part in the press conference dedicated to the Day of Political Prisoner in the USSR (30.10.1975). In 1974, he organized in his apartment the workshop for scientists who were barred from scientific activities for political reasons.

In his samizdat article “Non-Totalitarian Socialism: Is it viable?” (December 1975) Orlov put across his concept of “socialism with decentralized private economic (and political) initiative” without private property and at this stage considering the development of “ethical anti-totalitarian movement” the most important.

After the signing of the Final Act of the Helsinki Conference on Security and Cooperation in Europe Orlov discussed with some of his friends (including A. Amalrik and A. Shcharansky) the idea of ​​creation in the countries that had signed the Helsinki Act of independent from the governments national committees to monitor the implementation of its humanitarian sections. Since early 1976 he began to implement the idea. On 12.05.1976, at the press conference in the apartment of A. Sakharov, the organizers announced the establishment of social groups to promote the implementation of the Helsinki Accords (see: Moscow Helsinki Group, MHG), headed by Orlov.

“Orlov proved to be an excellent leader due to his tolerance to others’ views and ability to bring people without together without imposing his will. The Helsinki Group served as a bridge among different trends of the opposition, i. e. human rights, ethnic, economic, between intellectuals and workers, and urged the West to respond to violations of the Helsinki Accords  by the Soviet government” (From the memoirs of A. Amalrik).

The emergence of the Helsinki Movement was an important step in the development of the human rights movement not only in the USSR, but also worldwide. Since then the problem of human rights within any country became an important factor in international politics. The interstate act was returned to the domain of men and human rights.

The activities of the MHG ran into stubborn opposition of the authorities. Already on 15.05.1976 Orlov was summoned to the KGB, where he was issued a warning concerning virtual consequences of his “illegal activities”. TASS immediately distributed the information about this warning outside the Soviet Union under the heading “Warning the Provocateur”.

Orlov was under demonstrative and constant observation; time and again he was summoned for questioning, and in January 1977 the agents searched his apartment. However, Orlov went on with human rights activity? And not only within the framework of MHG. He signed the letters in defense of dissidents, as before, and took part in the meetings of the Soviet section of the “Amnesty International”. He co-authored the appeals about the harassment of the authors of Czechoslovak "Charter 77", Polish members of the Committee for Solidarity with the workers, Yugoslav writer Mikhail Mikhailov and others.

On 10.02.1977, Orlov was arrested and put into the KGB remand prison (Lefortovo). During the investigation, which lasted over a year, he pleaded not guilty and argued for the truth of the information contained in the MHG documents.

On 15-18.05.1978 the case of Orlov, who was charged under art. 70 p. 1 of the CC of the RSFSR, was tried by the Moscow City Court. He pleaded not guilty. In the final statement he said, “I am confident that these trials will not help to eliminate the disasters and shortcomings of the society listed in the documents of the Helsinki Group and which I have tried to dwell upon here.” On the day of the verdict about 200 people rallied at the entrance to the courthouse; the agents detained A. Sakharov and Ye. Bonner, who tried to enter the room, and a few others. Orlov was sentenced to 7 years of high-security camps and 5 years of exile.

The conviction of Orlov was the reason for the boycott of Soviet scientific initiatives by many Western scholars. A broad international campaign in defense of Orlov was organized involving prominent scientists and public figures from the US, Britain, France, West Germany and Switzerland.

Immediately after arriving in the Perm political camps Orlov said that he remained a member of MHG and considered himself an observer. It was not just a declaration; the MHG report “On the situation of prisoners in the camps of the Soviet Union” from 25.04.1979 was based on the text written by Orlov with the participation of several other political prisoners.

Despite the impediments instigated by the camp administration, Orlov continued his scientific work and tried to hand this work to his friends outside the camp.

Sakharov nominated Orlov for Nobel Peace Prize 1978; in 1979 the International League for Human Rights awarded its prize o Orlov. In the same year the Academy of Sciences of the Armenian SSR secretly deprived him of the title of Corresponding Member.

He served his term in exile in the Yakut ASSR.

In late September 1986, on the eve of the meeting of the General Secretary of the CPSU, M.S. Gorbachev and US President R. Reagan in Reykjavik, it was announced that the Soviet Union agreed to free Orlov in exchange for the Soviet spy arrested in the US. Orlov was transported under guard by air to Moscow, to Lefortovo prison, where for three days he underwent intense questioning. Then they read him the decree of the Presidium of the Supreme Soviet of the USSR about deprivation of Soviet citizenship (returned in August 1990) and his deportation.  On 5.10.1986, he was deported to the United States.

Abroad, Orlov got into gear and became vigorously engaged in civic and political activities, participated in the Conferences on Security and Cooperation in Europe (Vienna, 1986 and 1988; Paris, 1989; Moscow, 1991), conducted a campaign in defense of Soviet political prisoners. Late in 1986, he was elected Honorary President of the International Helsinki Federation.

Since June 1989 Orlov regularly visited the Soviet Union and post-Soviet Russia. In 1989, he urged Democrats to follow the Polish "Solidarity" and waste no time and create a mass party; in 1990-1991 he actively supported Yeltsin in the struggle against the Union center. In 1996, Orlov offered his mediation to resolve the Russian-Chechen conflict. He participated in the restored MHG.