Kvetsko was from a poor village family.  His parents, who died when Dmytro was very young, and many of his relatives were either members of the Ukrainian Resistance Army (UPA) or helped the resistance fighters.

After finishing secondary school Kvetsko worked as a teacher in a village school, then served in the Soviet army.  From early childhood he was interested in the history both of the Carpathian area, and of Ukraine as a whole, and would ask participants and eye-witnesses of the opposition movement of the 1940s-1950s to tell him all that they remembered. In 1963 he graduated from the History Faculty of Lviv University and then taught in a secondary school.

Having reached the conclusion that Ukraine was in the position of a colony, in 1964, together with Z. KRASIVSKY, he founded the underground nationalist organization Ukrainian National Front (UNF), the aim of which was to struggle for Ukrainian independence. As well as Kvetsko and KRASIVSKY the UNF had over twenty members from several regions of Ukraine, including Y. LESIV, M. Diak and M. Melen, and existed until 1967.  The group published the journal «Volya i Batkivschina» [“Freedom and the Motherland”], with 16 issues in total, each in 12 copies.  Kvetsko was in charge of the ideological work, selection of materials, organizational and technical maintenance. He believed that they needed to conduct their ideological struggle through awareness-raising activities, and for this, they needed to increase the number of copies of their publications. In March 1967 members of the Lviv branch of the UNF promised to try to get typesetting equipment. The members of UNF distributed several hundred home-made brochures and leaflets in different regions of Ukraine. They were prepared on a typewriter and in a bunker which Kvetsko had organized in the Carpathian Mountains. They also disseminated any propaganda literature of the Organization of Ukrainian Nationalists (OUN) which they found. They would scatter the documents around and leave them in public places.

Kvetsko was the author of most of the articles in their journal, as well as of such documents as ‘The Program demands of the UNF’ and ‘Our goals’.  The Draft Program was a logical continuation of the provisions in the Program of the Ukrainian Nationalist Organization (Bandera-supporting) [OUN (B)], adopted at the latter’s congress. Ukraine was defined in the documents as being under colonial rule. Rejecting communist doctrine and practice, Kvetsko considered that in the free countries of the West, a process of socialization was taking place in public industrial relations.  He proposed for Ukraine independent development in the form of “people’s socialism”, which was extremely close to Western European social democracy.

This was perhaps the most detailed and developed program for the nationalist school of thinking in the Ukrainian liberation movement between the 1960s and 1980s.  The sections of the program “National relations” and “Political demands” were entirely realistic and in fact began to be implemented in part in modern Ukraine.

On behalf of the UNF the documents ““A Memorandum to the 23rd Congress of the Communist Party of the Soviet Union” and “The UNF Declaration”, setting out the political demands of the organization were sent to the authorities of the Ukrainian SSR and the USSR (and reached their destination).

The Memorandum read that the Ukrainian people were being denigrated and deprived of their national rights, and set out the following demands:

that Ukrainians who had been exiled be given the opportunity to return to their homeland and to live a normal life;

that those who wanted to remain where they were be provided with favourable conditions for their national development, namely: Ukrainian schools, newspapers and magazines in Ukrainian, etc.;

that Ukrainians who had graduated from higher educational institutes not be sent to work outside Ukraine;

that all Ukrainian scientists, cultural figures be rehabilitated and allowed to publish their works;

that an end be put to arrests on political grounds, and that trials be conducted openly;

that the Ukrainian language be introduced in all spheres of life.

In response to a press conference, where the members of the Ukrainian intelligentsia arrested in 1965 were denounced as ‘bourgeois nationalists’, Kvetsko decided to distribute a UNF declaration of protest at the illegal repressions. In total about 50 copies of this declaration were prepared and during the night of 19 April 1966 they were distributed throughout Kyiv. The declaration stated that the Ukrainian language and Ukrainian culture were being brutally suppressed by the authorities, that the wave of repressions against the Ukrainian intelligentsia was spreading in Ukraine and the world community must be made aware of this. In addition, in July 1966 Kvetsko sent a letter from the UNF to the Ukrainian authorities protesting at the policy of Russification.
Kvetsko was arrested on 23 March 1967. He refused to give testimony. On 27 November of that year he was tried for “Treason against the homeland” and “creating an anti-Soviet organization under Articles 56 and 64 of the Criminal Code of the Ukrainian SSR to 20 years deprivation of liberty, with the first five years to be in prison (this was served in the Vladimir prison), 10 years harsh regime labour camp (from 1972 – 75 he was held in camp No. ZhKh-385/17-A in Mordovia, then in the Perm camps, and then another 5 years exile (which he served in the settlement of Chunskoye, in the Irkutsk region).  It should be noted that the qualification of their activities as “Treason against the homeland was unjust even according to Soviet criteria.

On 10 December 1977 Kvetsko addressed an appeal to the Presidium of the Supreme Soviet of the USSR, in which he protested against the unjust qualification of his activities and asked that he be deprived of his Soviet citizenship and permitted to emigrate from the USSR after his release.
Kvetsko was released in 1987 after serving his sentence in full.

He played an active role in the national movement at the end of the 1980s – beginning of 1990s.

In recent years Kvetsko’s works have, unfortunately, been tinged with anti-Semitism. In 1995 publication of the journal «Volya i Batkivschina» [“Freedom and the Motherland”] was resumed with some issues from 1964-67 being reprinted, however Kvetsko was not on the editorial board.
Kvetsko is a pensioner and lives in his native village. 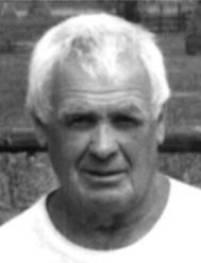