Member of the Ukrainian Helsinki Group, active in the national-patriotic and religious movements, twice a political prisoner

Lesiv came from a family of workers.  His father and brother were convicted for their involvement in the OUN (the Organization of Ukrainian Nationalists).

In 1965 Lesiv graduated from the Ivano-Frankivsk Physical Education technical college and worked as a teacher in the Kirovohrad region.

He played an active role in the Ukrainian National Front (UNF).  The main activities of the UNF were spreading their message and attracting new members. They distributed first and foremost the “Tactics of the Ukrainian National Front”, written by Z. KRASIVSKY, published the journal «Volya i Batkivschina» [“Freedom and the Motherland”], prepared leaflets, duplicated and distributed literature of the OUN. Lesiv was an active distributor of brochures and leaflets. In January 1966 he placed 15 brochures with the title ”What do Bandera-supporters stand for[1]?” and “The information bureau of the UGVR” at the station Rudnytsa, in March ten copies at the coach station in Odessa, in July – 15 copies at the station Zherynka, in Lviv and in other places, trying also to get beyond the borders of Western Ukraine. He drew in some people who were prepared to join the UNF, however the arrests prevented that.

On 26 July 1966 Lesiv travelled to Kyiv with a letter of the UNF containing a protest against the policy of Russification addressed to the First Secretary of the Central Committee of the Communist Party of Ukraine, P. Shelest, the Head of the Council of Ministers of the Ukrainian SSR, V. Shcherbysky and the Head of the Presidium of the Verkhovna Rada of the Ukrainian SSR, V. Korotchenko.

From the point of view of an underground organization, Lesiv’s behaviour was not especially careful, as a result of which a denunciation was received by the head teacher of the school where Lesiv worked concerning his anti-Soviet utterances and conversations.

The investigation was carried out by the Ivano-Frankivsk KGB.  In the second half of November, 1967, he was sentenced by a circuit court of the Supreme Court of the Ukrainian SSR under Article 56 §1 (“Treason against the homeland”) and Article 64 §1 (“involvement in an underground nationalist organization”) of the Criminal Code of the Ukrainian SSR to 6 years labour camp.

The accused were charged on the basis of the following: the journal «Volya i Batkivschina» (from 1964 to 1966 there were 16 issues), “Open letters”, “The Memorandum of the Ukrainian National Front to the XXIII Session of the Communist Party of the USSR”, “Statement of the UNF”.

He served his sentence zone No. 19 of the Dubrovlag or Mordovian political labour camps.

He participated actively in the protest actions of the political prisoners, and in 1970 was imprisoned for three years in the Vladimir prison.

Lesiv was released on 29 March 1973 and sent to the city of Bolekhiv in the Ivano-Frankivsk region where he worked as a labourer on a logging site. He was held under administrative surveillance.

In October 1970 he became a member of the Ukrainian Helsinki Group (UHG). He signed the Memorandum of 1979 with its protest against the attempts to break up the UHG through arrests, dismissals from work, exile and other means of force, and with its declaration regarding the joining of new members of the UHG in order to continue its work. In his statement about joining the UHG, Lesiv wrote: “I fully realize the difficulties and obstacles in our path however I see no other way and wish to ally myself with people who hold dear the sacred ideals of freedom and human rights”.

On 15 November 1970 Lesiv was arrested in Bolekhiv and charged with possession of drugs. Several days before his arrest, he had been called to the hospital to get an x-ray, on a referral from his place of work.  While the x-ray was being taken, his jacket was hung in a room adjacent to the doctor’s surgery, without anybody watching over it.  KGB officials used that time to sew two ampules into the jacket lining.  Shaking it, they immediately began searching the jacket and, as the protocol said, found a ‘small amount’ of some kind of white powder.  They probably planted it during the search.  On 6 February 1980 Lesiv was sentenced by the Bolekhiv District Court under Article 229-6 §1 (possession of drugs, without intending to sell them) to two years’ imprisonment.

Lesiv was sent to serve his sentence to the general regime labour camp OR-318/46-15 in the city of Sarny in the Rivne district.

In May 1981 he was again arrested in the labour camp.  The charge was the same as during the previous arrest, only this time under Article 229-6 § 2 of the Criminal Code of the Ukrainian SSR.

The pre-trial investigation lasted 6 months, during all of which time Lesiv maintained a hunger strike demanding political prisoner status.

On 15 November 1981, the day when his sentence was to end, a trial took place right in the camp which sentenced Lesiv to 5 years harsh regime labour camp. He served his sentence in Krasnodon in the Luhansk region, and was released only on completion of the term.

He was one of those who initiated the restoration of the Ukrainian Greek-Catholic Church (UGCC).

In 1988 he began studying in an underground seminary.

On 17 August 1988 in the village of Zarevanytsa in the Terebovlyansk district of the Ternopil region, a liturgy was served in which around 15 thousand members of the Ukrainian Greek-Catholic Church took part.  On 22 July 1988, Lesiv was warned that he was held responsible for the organization of the liturgy and fined 50 roubles [then nearly half the monthly salary of a teacher].

A book with his sermons appeared in samizdat.

In 1989 he was made a Priest of the UGCC. He spoke on behalf of the UGCC at a 50-thousand-strong rally which took place in Moscow in Luzhniki in honour of the opening of the first congress of State Deputies of the USSR.

On 2 August 1989 he returned to Moscow with a group of believers to continue a staggered hunger strike being held to demand that the UGCC be legalized. On 3 August 1989, together with S. KHMARA and N. Simonova, he was seen by Boris Yeltsin.

On 28 August 1989 Lesiv was arrested at his home in Bolekhiv, but after a protest was declared by other believers, he was released the following day.

He held dozens of unsanctioned public prayer meetings, in particular, taking part in the reburial in Kyiv of V. STUS, O. TYKHY and Y. LYTVYN.  On 16 January 1991 he visited S. KHMARA in the Lukyanivska prison.

Back in 1988 Y. SVERSTYUK wrote that Lesiv’s verses had still to receive their deserved recognition, even though his collection “Na liniyi bolyu” [In the line of pain”] had been published. “In this collection, all is real and born from pain…. In terms of form Lesiv’s poetry is simple: it flows as a prayer, as a sigh of the soul”.

Lesiv died in a car accident.  He is buried in Bolekhiv. 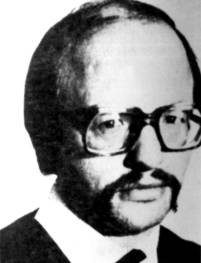